Call to reclaim Gandhian institutions from socialists and Sanghis

A legacy allowed to slip away, and a flicker of light in Wardha Ashram 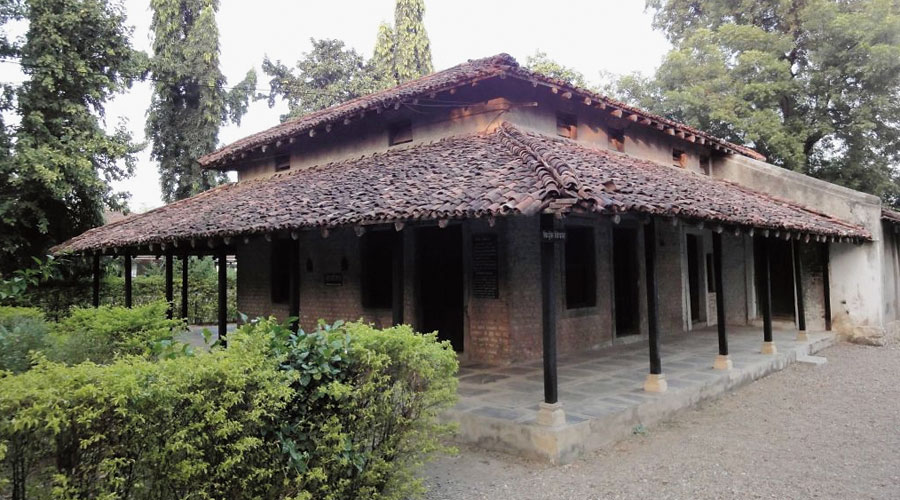 The Indian National Congress, which celebrates its 136th foundation day on Monday, is struggling to preserve its legacy at a time it is getting battered every day even on the question of its patriotism despite being born out of the freedom movement.

The Congress leadership’s indifference to the party’s legacy is best reflected in its failure to prevent the systemic infiltration of Gandhian institutions by the RSS over the decades.

The crisis is so deep that the party was denied permission to hold the Congress Working Committee meeting at the Sevagram Ashram in Wardha, Maharashtra, on October 2, 2018 — the beginning of the Mahatma’s 150th year — despite the current leadership’s best efforts.

Eventually, the meeting was held in Wardha but outside Sevagram. The party would not have suffered this humiliation but for its lack of clout in the Sarva Seva Sangh, the umbrella organisation that looked after the ashram and was dominated by socialists whose dislike of the Congress trumped their ideological aversion to the RSS.

Now, after attaining power in Maharashtra last year, the Congress has — perhaps without the knowledge of its high command — played a role in a change of leadership at the Sarva Seva Sangh.

The Sarva Seva Sangh, an allIndia organisation, was established in 1948 after the Mahatma’s assassination to guide the various Gandhian institutions involved in social work.

Senior Congress leaders including then President Rajendra Prasad and Prime Minister Jawaharlal Nehru had attended the 1948 meeting where Vinoba Bhave was tasked with carrying on the work according to the philosophy of Sarvodaya.

Nehru ensured that these institutions received government funds, and their Congress association continued in terms of both ideology and membership.

The scene changed dramatically in the 1970s during the movement led by Jayaprakash Narayan against Indira Gandhi. The socialists captured the Sarva Seva Sangh, with many Congress members and Gandhians crossing over to the other side.

The JP movement’s association with the RSS enabled the Rightwing outfit’s men to infiltrate the organisation and the Sarvodaya Samaj. The trend continued with successive Congress governments in Maharashtra and the Centre showing no interest in reclaiming the space.

Anil Sinha, who is writing a book on the history of socialist movements and has observed the developments in the Sarva Seva Sangh closely as a journalist, said: “The success of the RSS in infiltrating and ultimately controlling some of the Gandhian institutions has historical roots. It has to do with ideology as well.”

Sinha added: “It’s well known that during the Independence struggle many Congress leaders were soft on Hindu communalism. However, Gandhi’s murder by a Hindutva activist resulted in a complete break. But the JP movement helped the RSS gain respectability and his antiIndira alliance with the Hindutva brigade gave it the opportunity to associate with Gandhian institutions.

“The silent supporters of Hindu communalism among the Sarvodaya workers were now free to join them. Some former Lohiaites too have joined them. The influence of the Sangh parivar is not limited to physically controlling institutions: many former socialists are involved in the ideological expansion of the Sangh parivar as well.”

The control of RSS sympathisers was strengthened after the Narendra Modi government came to power in 2014.

“The Sarvodaya Samaj was supposed to be apolitical without any connection with State power, but political interference has increased in the last few years,” senior Sarva Seva Sangh committee member Avinash Kapre told The Telegraph from Wardha.

“AntiCongressism has been so dominant that the concerns about democracy and communalism have got diluted. There has been a clear tilt towards the RSS.”

Kapre added: “Mahadev Vidrohi, who was elected Sarva Seva Sangh president in 2014, wanted to continue even after completing two terms and began sacking opponents. Gandhians who had spent three or four decades with the organisation were removed. Elections were due in March 2020 but hurdles were created by Vidrohi who wanted to plant his own nominee.

“But that was the critical stage when the guardian minister of Wardha, the Congress’s Sunil Kedar, helped. He got deeply engaged in the matter and helped us elect a working president, the Calcuttabased Chandan Pal. This would not have been possible without political help as Vidrohi had created a lot of trouble in the previous election.”

Asked whether the Congress intervention was preplanned, as a revenge for the denial of space for the CWC meeting in 2018, Kedar, a minister in the Uddhav Thackeray government, said the matter “should not be seen as the Congress agenda”.

“Both the Sarva Seva Sangh and the Sevagram Ashram are supposed to be apolitical. It’s true that socialists facilitated the entry of RSS sympathisers and they have controlled many institutions across the country. My intervention should not be seen as the Congress agenda,” he said.

“My interest, as the guardian minister of this district, was only to help them conduct the election peacefully. I’m also involved in rejuvenation and reconstruction of the ashram. There is no such thing as Congress control.”

Some Congress members, however, rue the absence of a robust response by Gandhian institutions, including the Sarva Seva Sangh, to the onslaught of communal forces on democracy and Gandhian values and want them to take a political line that is clearly antiRSS.

“There is no question of political interference, or of RSS or Congress control,” Chandan Pal, the new Sarva Seva Sangh president, told this newspaper from Calcutta. “Our objective is to unite the Sarvodaya activists and work for the restoration of Gandhian values in the country.”

Insiders, however, believe that the Congress leadership needs to work out a detailed plan to reclaim Gandhian institutions from socialists and Sanghis to ensure they work for secular and progressive ideals.

They feel the Congress’s lack of interest in such organisations, at a time the RSS has countless apparent and hidden outfits working to propagate its ideology, has been a prime reason for its political decimation.