The NCBC, a quasi-judicial outfit set up to safeguard the rights of backwards, cannot issue orders that are binding on the varsities, which are autonomous outfits 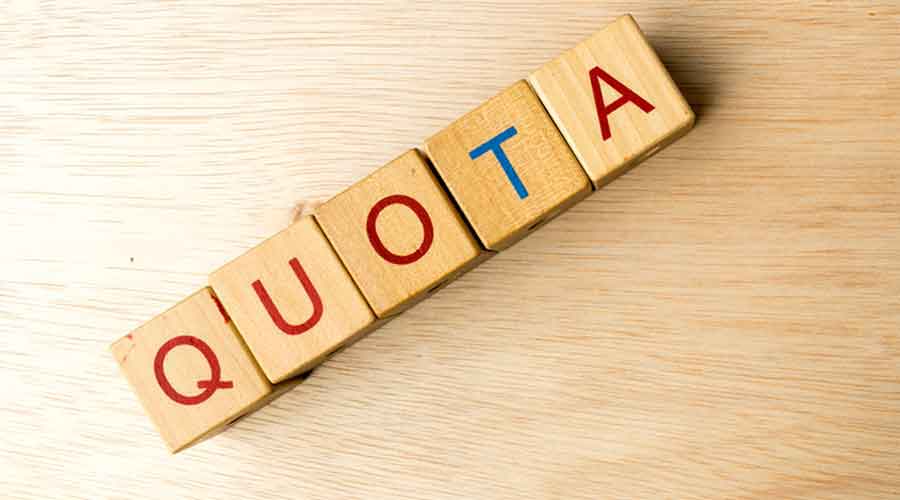 The All India Federation of OBC Employees Welfare Association wrote to NCBC chairman Bhagwanlal Sahani two weeks ago complaining that 15 of the 23 NLUs were not offering any quota benefits to OBCs in the all-India pool seats. Only three NLUs are implementing the stipulated 27 per cent reservation in all-India pool seats while five were offering varying percentages less than 27, according to the federation.

All-India pool seats make up 70 per cent of the total seats in the NLUs.

The federation pointed to the recent Supreme Court order clearing the decision to reserve seats for OBCs in postgraduate and undergraduate medical courses.

The NCBC, a quasi-judicial outfit set up to safeguard the rights of backwards, cannot issue orders that are binding on the NLUs, which are autonomous outfits.

The NCBC had in June 2020 found that the NLUs were violating reservation provisions for OBCs. On a petition filed by Hyderabad-based lawyer Ramesh Babu Viswanathula, the commission had held that the OBC quota is a constitutional guarantee that overrides the laws and rules governing the functioning of individual universities.

However, the NLUs have not complied with the order yet. Karunanidhy said the NCBC should issue a fresh directive citing the recent Supreme Court judgment that validated the implementation of OBC reservation in all-India pool seats in medical colleges.

The NLUs usually follow the reservation policies of the respective states where they are located for the 30 per cent state domicile seats.

Karunanidhy had written to all Lok Sabha and Rajya Sabha MPs ahead of the budget session to sensitise them about the OBC quota.