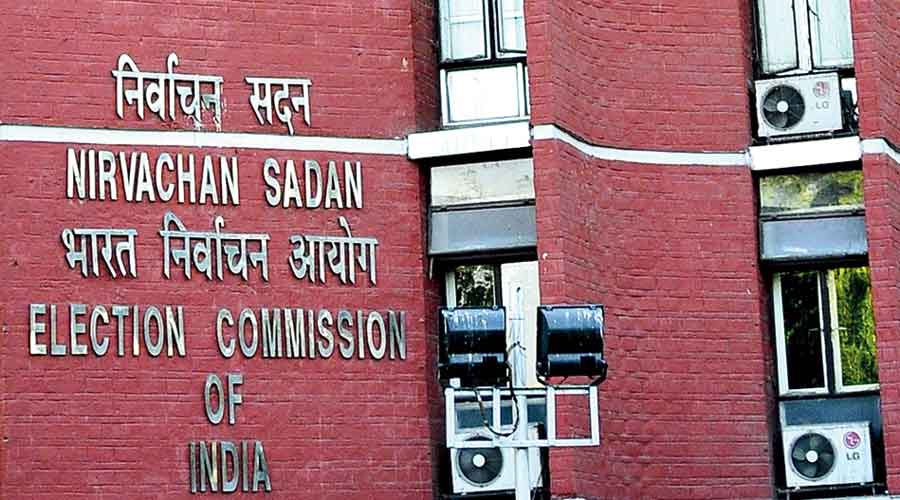 The Election Commission has reminded its poll officials that there is a ban on victory processions to prevent spread of coronavirus in states where counting is underway for Lok Sabha and assembly bypolls.

Counting is being held for bye-elections to 29 assembly and three Lok Sabha seats.

In a letter to the chief electoral officers of Madhya Pradesh, Himachal Pradesh, Andhra Pradesh, Assam, Bihar, Haryana, Karnataka, Maharashtra, Meghalaya, Mizoram, Nagaland, Rajasthan, Telangana, West Bengal and Dadra and Nagar Havelli and Daman and Diu where bypolls were held on October 30, the commission said that its instructions on banning victory processions, issued in April, would also apply on the latest set of bypolls.

These instructions were issued to check surge in COVID-19 cases when counting was to be held for assembly elections held in Assam, Tamil Nadu, Puducherry, West Bengal and Kerala earlier this year.

"No victory procession after the counting shall be permissible. Not more than two persons shall be allowed to accompany the winning candidate or his/her authorised representative (to) receive the certificate of election from the returning officer concerned," the letter said citing the April 27 directions.