BTech courses to be offered in eight Indian languages 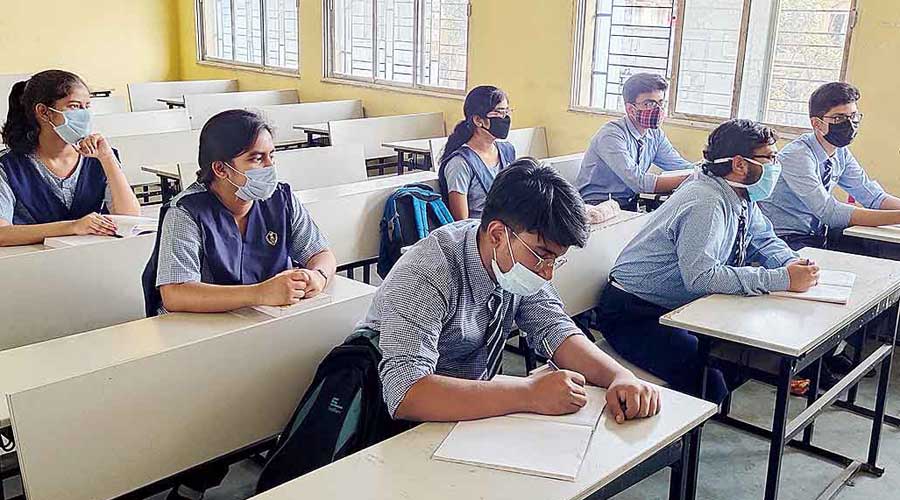 Prime Minister Narendra Modi had on Thursday advocated the teaching of technical courses in Indian languages while interacting with heads of the IITs and other centrally funded technical institutions.
File picture
Basant Kumar Mohanty   |   New Delhi   |   Published 12.07.21, 01:40 AM

Prime Minister Narendra Modi had on Thursday advocated the teaching of technical courses in Indian languages while interacting with heads of the IITs and other centrally funded technical institutions.

“PM added that we need to develop an ecosystem of technological education in Indian languages and translate global journals into regional languages,” a release from the Press Information Bureau, the central government’s publicity arm, said.

He said 14 colleges had already come forward to offer BTech courses in Bengali, Tamil, Telugu, Marathi or Gujarati. Some of the premier engineering colleges like the IITs, NITs and the IIEST Shibpur are not affiliated to the AICTE and will not be offering the vernacular option, at least during the 2021-22 session.

“We have almost completed translating the first-year textbooks. The technical terms have been kept as they are,” he said. “Since the material is ready, colleges can be allowed to offer courses in the vernacular medium.”

Sahasrabudhe added that the translation of second and third-year textbooks was going on.

Linguist and former director of the Central Institute of Indian Languages (CIIL), Awadesh Kumar Mishra, welcomed the move but warned that retaining all the English technical terms in the vernacular textbooks would “weaken the Indian languages”.

Some terms, such as “oxygen” and “oxide”, can be retained but words such as “pressure”, “temperature”, “volume” and “refraction” should be translated into the Indian languages, he said.

Sahasrabudhe had not clarified which English terms would be retained in the vernacular textbooks. Bengali school textbooks already use vernacular equivalents for words like “pressure” and “refraction” — even “photosynthesis” — while retaining the English “oxygen” or “nitrogen”.

“Use of the entire range of English technical terms in Indian-language textbooks would weaken the Indian languages. A language is strengthened by its own words and syntax. Each word or term has an association with the culture of the speakers of the language. Such words do not naturally fit into different languages,” Mishra said.

He said the objective of having textbooks in Indian languages was, ideally, to reduce the dependency on English, and the use of English terms would run counter to that purpose.

“If words like ‘photosynthesis’ or ‘coefficient’ are directly implanted in Hindi books, the students will struggle,” Mishra said.

He said the Commission of Scientific and Technical Terminology had prepared glossaries of English technical terms translated into Indian languages.

Besides, the National Translation Mission under the CIIL has developed lists of equivalent words in many areas, he said, adding that the AICTE should collaborate with these organisations to use their Indian technical terms and develop more of these if necessary.

Mishra, however, expressed concern about the employability of vernacular-medium technical graduates.

“They may not find jobs outside their states unless they improve their English-language skills,” he said.

The AICTE had in 2011 set up a committee under former IIT Delhi director R.K. Shevgaonkar to study the possibility of teaching engineering subjects in the regional languages. The committee advised against the idea citing a lack of material, Indian equivalents for technical terms, and teacher-training for the purpose.

Last November, then education minister Ramesh Pokhriyal had told the IIT directors that the government intended to offer technical courses in Indian languages from the 2021-22 academic session.

Under the proposal, each IIT was to create 50 supernumerary seats for students seeking to pursue engineering courses in the regional language of the state where the institute was located. The plan appears to have been shelved, at least for this year.

“It will allow the students to conceptualise in their vernacular language. But they should have sufficient knowledge of English to be able to understand the content of journals,” Pal said.