Sangeeta was named on the BJP list for UP Panchayat polls 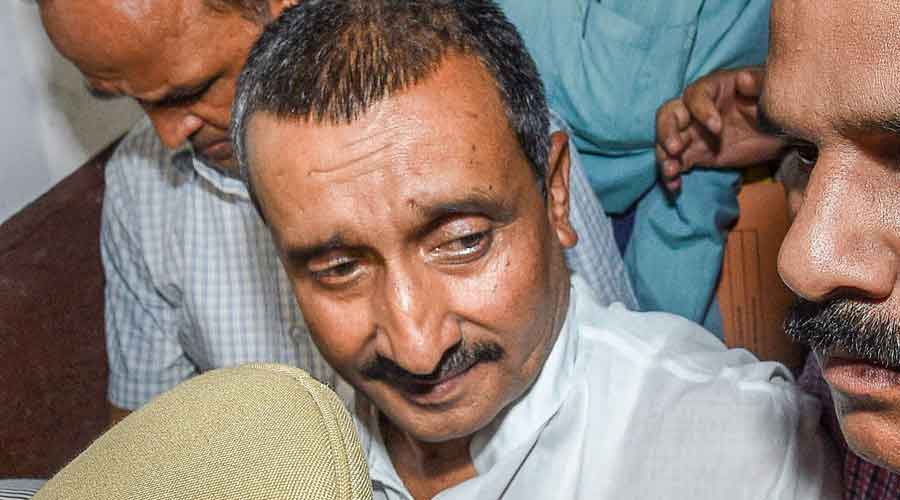 The BJP had made Sangeeta Sengar a candidate for the district panchayat member from Ward No. 22 of Fatehpur Chaurasi, according to a list released by it earlier.

"The candidature of Sangeeta Sengar, the wife of former BJP MLA Kuldeep Singh Sengar, who is a convict in the 2018 Unnao rape case, has been cancelled," State BJP chief Swatantra Dev Singh told PTI.

Singh said the Unnao party president has now been asked to submit three fresh names for finalising a candidate.

He, however, exuded confidence that the BJP will emerge victorious in the four-phase panchayat elections, beginning April 15.

Unnao will go to the polls on April 26.

Kuldeep Sengar was awarded life sentence by a Delhi court on December 20, 2019 for raping a 17-year-old girl in Unnao.

After his conviction, Sengar's membership as an MLA was cancelled.

Sangeeta had earlier held the post of the district panchayat chairperson.

Earlier, BJP spokesperson Harishchandra Shrivastava had said names of all candidates were recommended by the district unit and were forwarded to the party headquarters through the regional unit.