BJP's poor performance in western Maharashtra due to rebels: Patil 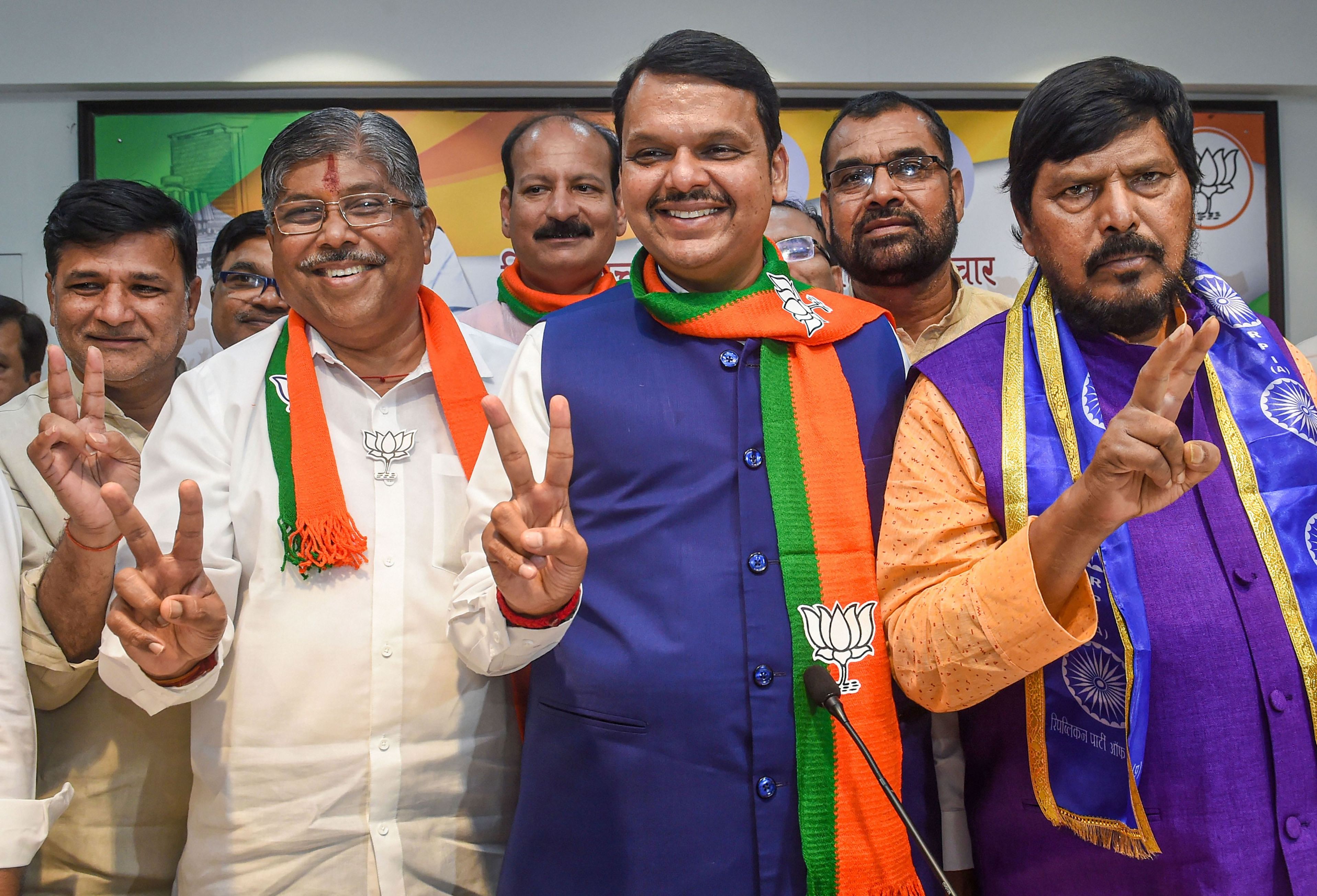 Maharashtra BJP chief Chandarakant Patil on Sunday blamed the presence of rebels for the party's poor performance in western Maharashtra in the Assembly polls, results of which were declared on October 24.

The BJP and the ally Shiv Sena together lost 13 seats in western Maharashtra in the 2019 polls. The BJP lost 4 seats in the region, a traditional bastion of the Congress and NCP, while the Sena suffered a drubbing on eight seats.

'One of the most important factors in BJP's setback in western Maharashtra was the presence of rebels. We could not control them in time and division of votes helped Congress and NCP win more seats,' he told reporters in Mumbai.

'The picture would have been different if we had managed to contain the rebels. They played spoilsport and it led to increased seats for the NCP in western Maharashtra,' he added.

However, Patil said the BJP's network and base has not eroded in the state.

'All BJP leaders worked for Mandlik honestly (in the LS poll), despite which he helped Ruturaj Patil and worked against Mahadik. The Sena leadership will have to look into it,' the senior BJP leader said.

Speaking on the issue, MP Sanjay Mandlik said, 'My support to Congress candidate Ruturaj Patil was limited to his Assembly seat only. I worked and campaigned for the other nine candidates of Shiv Sena and BJP in Kolhapur district.'

Patil said of the total Independents and others, 20 have extended support to the BJP, while five are backing Shiv Sena.

Patil went on to add that the poll results for the BJP were 'incomprehensible' as it came despite well-received mass outreach programmes like chief minister Devendra Fadnavis' 'Mahajanadesh Yatra'.

'The election outcome is incomprehensible. We would like to ask people where we went wrong. It can be corrected in the coming days,' he said.

Patil refuted the assertion that his contesting from Kothrud in Pune dented the BJP's prospects in his hometown Kolhapur.

'I am state president of the BJP, hence, I have to tour the state as part of the campaign. My candidature from Pune is a long term strategy and we will continue it,' he added.