BJP blind to pain of flood-affected Northeast, only interested in lust for power: Congress 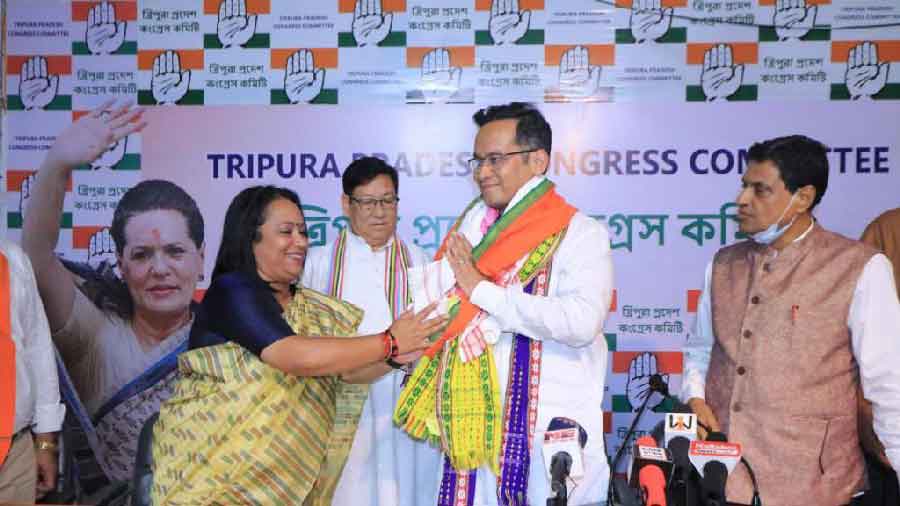 The Congress on Thursday accused the BJP of being "blind to the pain" of the people of the Northeast suffering from floods and said that instead of focussing on relief measures, the party is trying to destabilise the government in Maharashtra.

The flood situation in Assam remained grim on Thursday with over 54.5 lakh people still affected and 12 fresh deaths reported. According to officials, the toll due to the floods since mid-May is now 101.

Speaking with reporters at the AICC briefing here, party MP Gaurav Gogoi said, "We all know there are currently floods in Assam, in Meghalaya. In the past, whenever there have been floods or any natural disaster, a responsible central government sends a team of ministers, the prime minister visits himself, studies and assesses the situation and then offers relief and urgent aid."

"The BJP in its lust for power has become blind to the pain of the people of northeast who are suffering from floods," he said.

Prime Minister Narendra Modi is either busy campaigning for Gujarat elections or trying to "destabilise a government in Maharashtra", he alleged.

"This is cold-hearted, brutal, insensitive and never before have we seen that at a time when people do not even have water, the government is diverting its resources toward its own political ambitions," Gogoi, who hails from Assam, said.

He also slammed Assam Chief Minister Himanta Biswa Sarma for his remarks hours after a group of Maharashtra MLAs led by dissident Shiv Sena leader Eknath Shinde reached Assam and were put up in a luxury hotel. Sarma had said that he welcomes all to visit Assam as the state needs revenue to deal with the devastating floods.

"Unfortunately, the chief minister takes this as a matter of joke yesterday. He said we are happy that guests from Maharashtra have come and are staying in hotels and based on GST, he will get finances to help the people," Gogoi said, accusing Sarma of making light of a natural disaster.

Rebel Shiv Sena leader Eknath Shinde currently camping with 37 rebel MLAs of the Sena and nine independents in Guwahati has plunged the party-led Maha Vikas Aghadi (MVA) government into a crisis. The NCP and Congress also share power in the Uddhav Thackeray-led dispensation.