The BJP, too, organised various programmes on the occasion of Gandhi Jayanati with Dharmendra Pradhan attending most of the events and also taking part in a padayatra 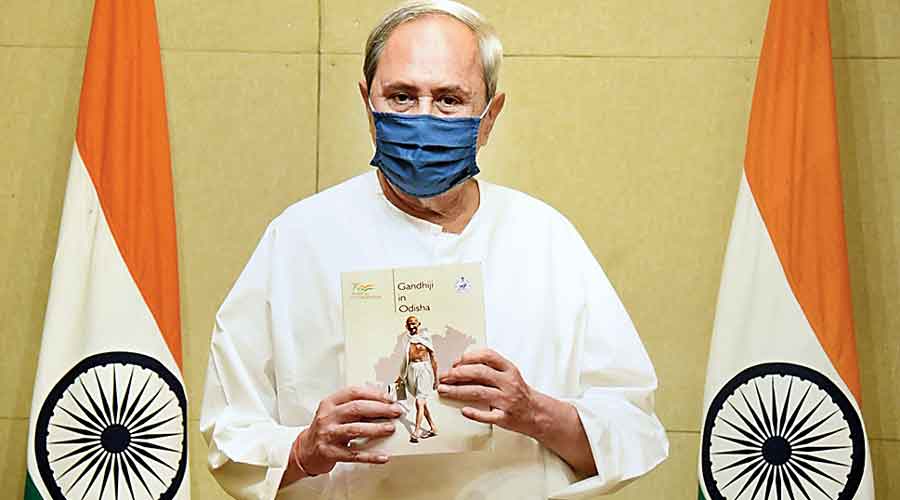 Naveen Patnaik releases a booklet on Mahatma Gandhi on his birth anniversary on Saturday.
PTI photo
Our Correspondent   |   Bhubaneswar   |   Published 03.10.21, 12:23 AM

However, unlike in the past the party would not organise the Jana Samparka Padayatra (public connect march) on Gandhi Jayanti this time due to the Covid-related restrictions.

The social service programme will focus on mass blood donation, shramdan (voluntary labour) and cleaning of roads, hospital premises and school premises starting from the panchayat level to the district headquarters.

The BJD leadership thinks that the programme will help the party connect with people and win their support ahead of the panchayat and municipal elections to be held next year.

“The party workers will be able to connect with the masses and make them aware of important issues,” said BJD general secretary Vijay Nayak.

The BJP, too, organised various programmes on the occasion of Gandhi Jayanati with Union minister Dharmendra Pradhan attending most of the events and also taking part in a padayatra. He also interacted with the state’s handloom weavers.

The BJP, which is the main Opposition party in the state, is keen to extract as much political mileage as possible through these programmes, observers said.