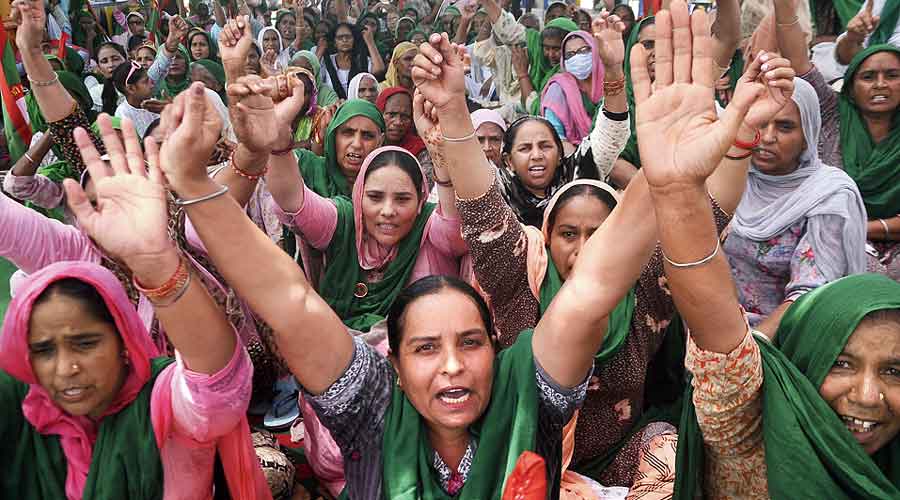 The RSS-affiliated Bharatiya Kisan Sangh (BKS) has decided to stage a nationwide agitation on September 8 for a law on minimum support price (MSP) in a bid to foreground this demand over the ongoing farmers’ agitation for the repeal of the three farm laws.

A PTI report from Nagpur said the BKS also called for “improvement” in the three farm laws.

Addressing a news conference on Thursday, BKS office-bearer Dinesh Kulkarni said the Centre should either bring a new legislation or make changes in the agri-marketing laws enacted last year to add a provision for the payment of MSP for major farm produce.

BKS general secretary Badri Narayan Choudhary told this newspaper that they had essentially served an ultimatum to the government. BKS would organise district-level protests across the country on September 8 if the government does not give an assurance on enacting an MSP law by the end of this month, he said.

On the farm laws, Choudhary said their implementation had been stayed by the Supreme Court.

“The government has said it is willing to amend some of the provisions. We are in favour of reforms in the agriculture sector and have already suggested some changes. If the government repeals these laws, we will protest. When all other sectors are being reformed, why should agriculture be left behind?”