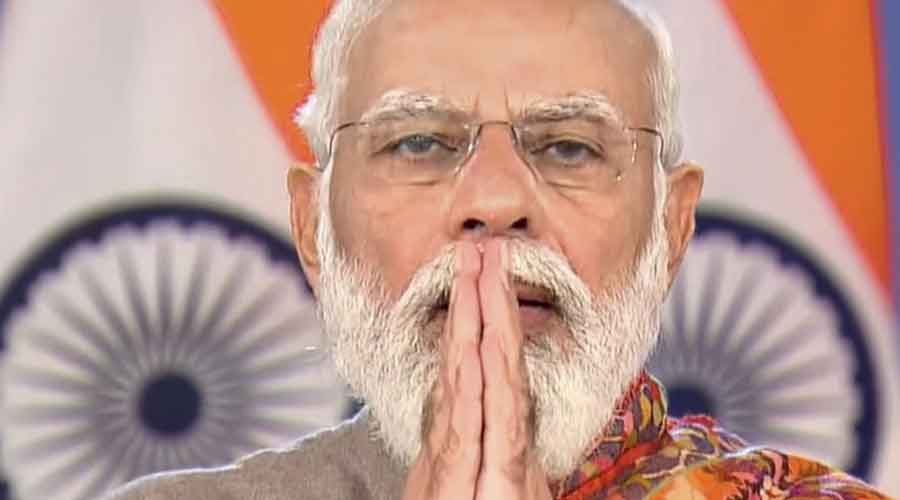 Prime Minister Narendra Modi on Saturday said there cannot be a better time to set new goals for taking forward India-Israel relations and asserted that the cooperation between the two countries has played a key role in the growth stories of the two nations.

In a special video message on the completion of 30 years of full-fledged diplomatic relations between India and Israel, Modi said this period has been very important for both countries.

He also said that the people of India and Israel have always shared a special relationship.

Though India had recognised Israel on September 17, 1950, full-fledged diplomatic relations between the countries were established on January 29, 1992. Since then, the bilateral relations between both countries have developed into a multifaceted strategic partnership.

Earlier this week, Israel's envoy to India Naor Gilon had said the 30th anniversary of India-Israel diplomatic ties is a good opportunity to look ahead and shape the next 30 years of relations.

He exuded confidence that the close cooperation between the two countries in different fields will only grow further in the coming years.

India's Ambassador to Israel Sanjeev Singla said, "We are proud to mark the 30th anniversary of our bilateral relations and look forward to using the special logo throughout the year to celebrate this special milestone."

Emphasising that "friendship and trust" are not only positive traits but also "real assets", the foreign ministers of India and Israel in a joint op-ed for an Israeli daily on Friday had said the two countries have worked together to "deepen their roots" for the last three decades, delving together to find solutions to common challenges, including in the security sector.

Incidentally, a New York Times report claiming that India bought Pegasus spyware as part of a USD 2 billion defence deal with Israel in 2017 triggered a major controversy on Saturday with the Opposition alleging that the government indulged in illegal snooping that amounted to "treason".

Congress and some other opposition parties indicated that they would raise the issue strongly in the Budget Session of Parliament starting Monday, even as Union minister Gen (retd) V K Singh called The New York Times "Supari Media".

A government source, however, said the matter related to the Pegasus software was being monitored by a committee under the Supreme Court - headed by retired Supreme Court judge R V Raveendran -- and its report was awaited.

At the same time, India's former permanent representative to the UN Syed Akbaruddin dismissed as "utter rubbish" the "insinuation" in the NYT report which cited India's 2019 vote in support of Israel at the UN's Economic and Social Council to highlight deepening of ties after a deal that included the sale of Pegasus.