Two sets of rankings have been presented 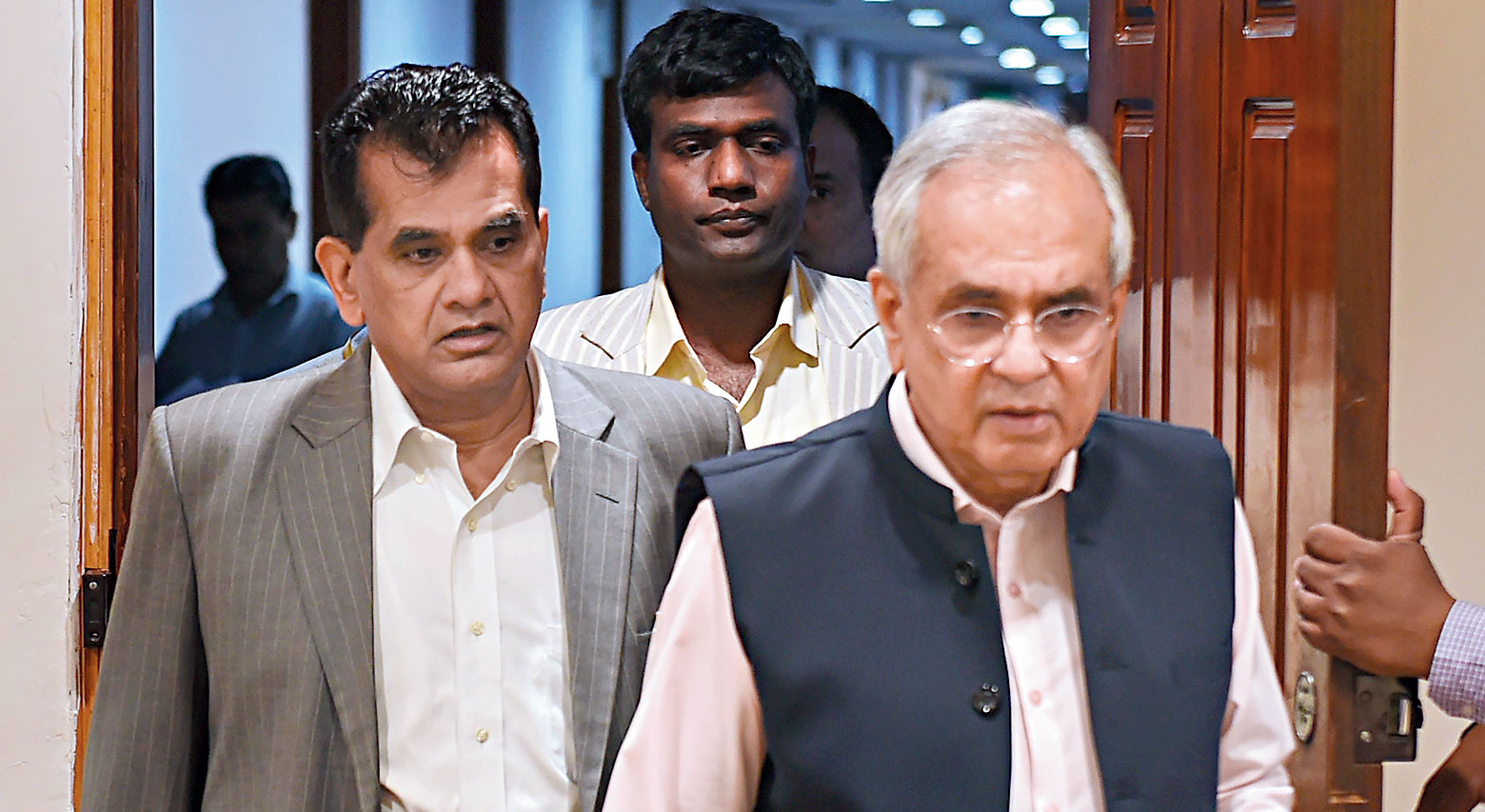 Bengal has boycotted a first-of-its-kind Niti Aayog initiative to rank the states on the basis of the quality of their government schools, with those placed higher expected to receive extra central funds.

The rankings are based on criteria such as the schoolchildren’s overall learning levels, the consistency of their performance across classes and schools, the ease of access to schools, the infrastructure available at the schools and the quality of their management.

Data for the rankings came under two heads. One, information provided by the states themselves under the United District Information on School Education (UDISE) for 2015-16 and 2016-17; and two, the findings of the National Achievement Survey, a test conducted by the National Council of Educational Research and Training to assess schoolchildren’s learning levels in 2017.

While the UDISE and National Achievement Survey data for all the states were available with the government, these needed to go through third-party verification. Bengal did not agree to this, Niti Aayog vice-chairperson Rajiv Kumar said.

School education and literacy secretary Rina Ray said the higher-ranked states would receive additional grants. “We are working with the World Bank on a performance-based incentive initiative,” she said.

Two sets of rankings have been presented. One is based on UDISE data for 2015-6 and 2016-17 — focused mainly on infrastructure — and has been topped by Kerala, followed by Tamil Nadu and Haryana, with Jharkhand at the bottom.

The other is an overall ranking based on UDISE 2016-17 and the National Achievement Survey. Here too, Kerala has emerged first, followed by Rajasthan and Karnataka, with Uttar Pradesh bringing up the rear.

Educationist and lawyer Ashok Agrawal said efforts such as these were unlikely to raise the level of school education.

“What is required is a commitment to improving the quality of government schooling, but neither the Centre nor the states are serious about it,” he said.

“Government schools lack enough teachers. The government engages the existing teachers in various surveys, so they can’t do their job well.”

Ray, however, said the government had decided to discourage the practice of assigning teachers as booth-level officers for the yearly exercises of voter verification and rolls correction.