I was not involved in any way, allegations are false and fabricated: Pratap Chandra Sarangi 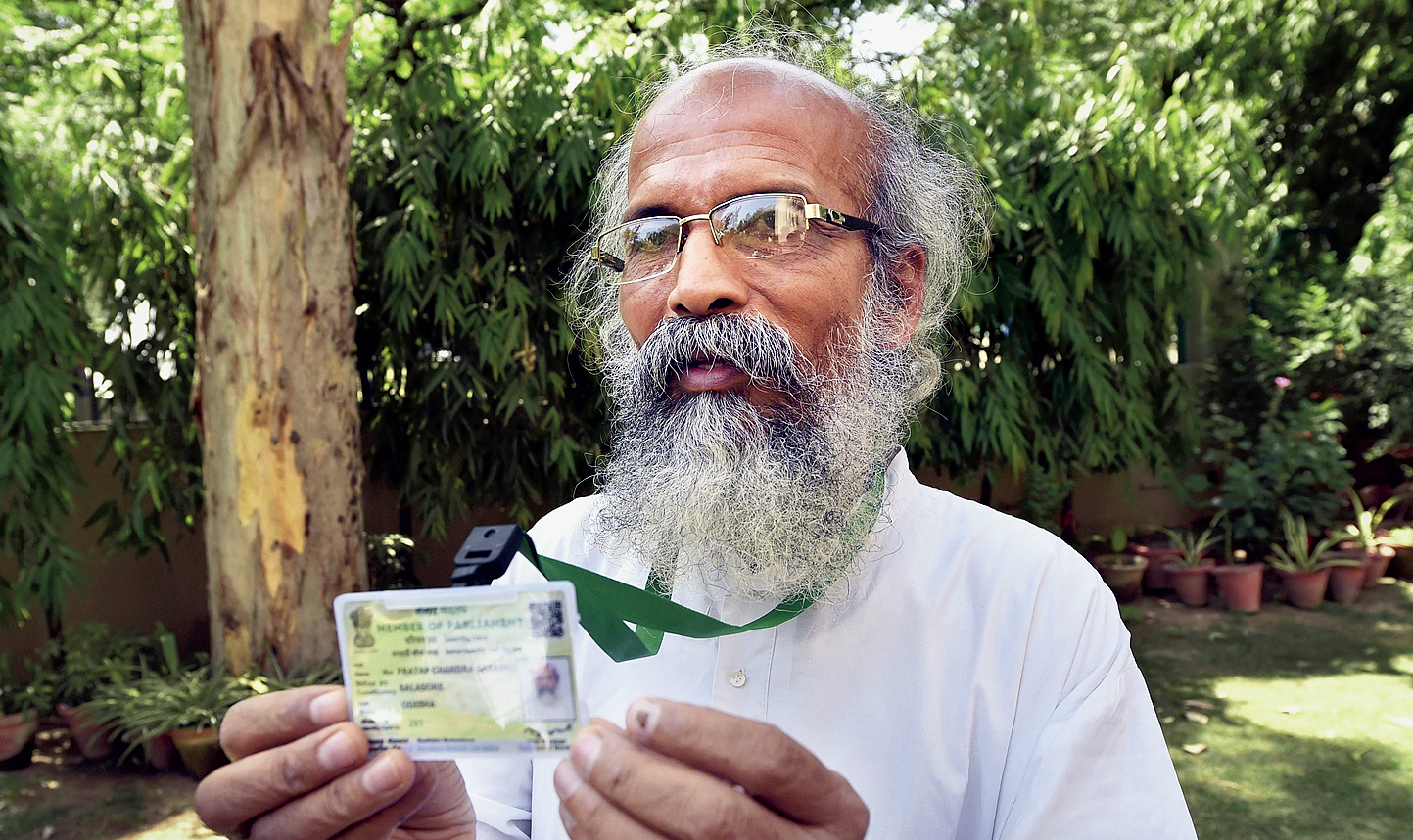 Pratap Chandra Sarangi, who was sworn in as a junior minister in the Narendra Modi government, had been the Odisha convenor of the Bajrang Dal when the missionary Graham Staines and his children were burnt to death in 1999, many pointed out on social media on Friday.

Sarangi, 64, denied any link with the murders, for which Dara Singh and other Bajrang Dal activists had been blamed. Staines and his two sons — Philip, 11, and Timothy, 6 — had been burnt alive inside their station wagon in Keonjhar district.

Sarangi, who has been made the minister of state for micro, small and medium enterprises, animal husbandry, dairying and fisheries, told The Telegraph over phone from Delhi: “I was not involved in any way in the case. The allegations (being made now) are false and fabricated.

“On the day of the murder, I was delivering a lecture on Subhas Chandra Bose at Bhograi in Balasore district. Vested interests are trying to sully my name. They are not able to digest the fact that I have been made a Union minister.”

Lawyer Bana Mohanty, who had represented Dara Singh in the district judges’ court and the Supreme Court, said Sarangi was in no way connected to the case.

A senior journalist from Odisha who works with a national news agency and had reported on the Staines case said: “Pratap Sarangi’s name never cropped up in connection with the case.”

There are, however, seven criminal cases against Sarangi, lodged at various times, according to the nomination affidavit he had filed before the Election Commission.

The charges against him include criminal intimidation, fostering enmity between different groups on the basis of religion, race and place of birth and language, doing acts prejudicial to the maintenance of harmony, causing mischief by destroying a landmark fixed by a public authority, causing mischief by fire or explosive substance, performing obscene acts and songs and voluntarily causing hurt.

Sarangi, known for his Spartan lifestyle, said the cases were slapped on him because of his fight against corrupt police officers.

Sarangi, who won the Balasore Lok Sabha seat, had also been accused of leading an attack on the Odisha Assembly in March 2002.

“That day, I had been invited by the Speaker along with five others for a discussion. When we reached the gate of the Assembly, the police stopped us, saying miscreants had forcibly entered the building and vandalised it.

“When a section of the mob chanted Jai Bajrang Bali, the police slapped cases against me. I challenge people to show me a video clip (evidence) that I had entered the premises with the mob and attacked the Odisha Assembly building,” the BJP parliamentarian said.

Sarangi said he wanted to become a monk as a youth and had approached the Ramakrishna Mutt and Ramakrishna Mission.

“As a youth, I wanted to either become a sanyasi or do something for my motherland. On examining my biodata, they (the Ramakrishna Mutt and Ramakrishna Mission) came to know that my widowed mother was alive. They insisted that I go back and serve her. Then I began involving myself in social services, which led me to politics,” he said.

Sarangi said he would work to put Balasore on India’s tourism map and try to solve the problem of severe shortage of potable water in his constituency.