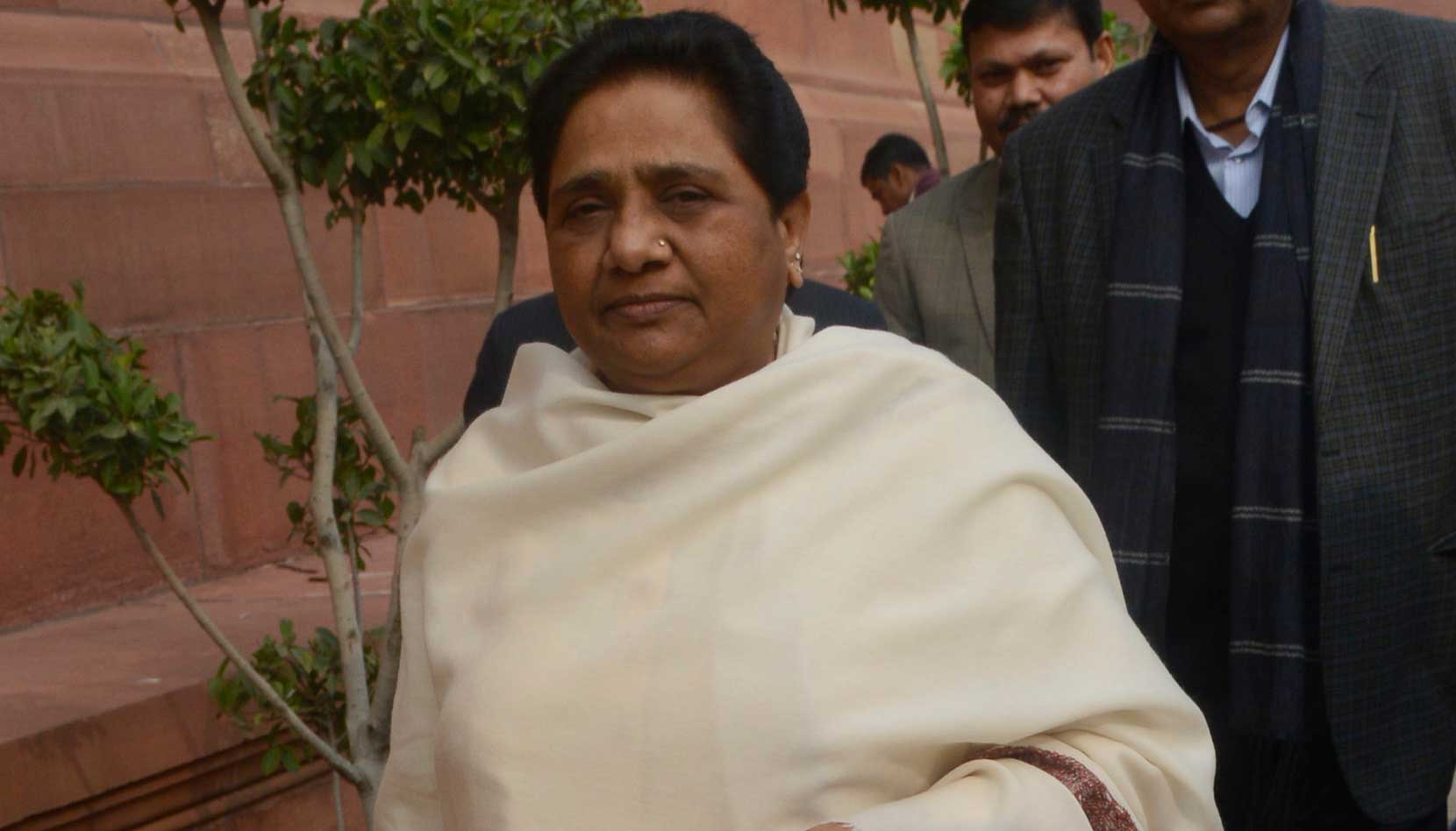 Mayawati’s army of supporters are on song.

Bahujan Samaj Party members have been enjoying a song these days, written and sung in the honour of their party boss.

The song, set to Bhangra music, perhaps to make people dance to the beats, hails the Uttar Pradesh leader as a messiah and a goddess ahead of her 63rd birthday on January 15.

It opens with the words: “Ao sab jhumo gao, are sab khushi manao. Janm din par Mayawati ki lakhon lakh badhai, nari ratna ke roop me behna ban ke messiah aee (Let us dance and sing, make merry, lakhs of best wishes to Mayawati on her birthday, the sister is a gem in the form of a woman and has come as a messiah).

“We have been asked by senior leaders to use this song as the ring tone of our mobile phones. But we don’t know about the writer or singer,” said a state-level BSP leader who asked not to be named.

The song has been written at a time the former chief minister is gearing up to play a crucial role in the upcoming parliamentary elections along with rival-turned-ally Samajwadi Party.

Observers, however, reminded that a song was no guarantee of better results for a leader or a party in elections.

The Samajwadi Party had released a song on party patriarch Mulayam Singh Yadav before the 2014 Lok Sabha elections. The song’s opening line was: “Man se hai Mulayam, irade loha (He has a soft mind but an iron-like commitment).”

Mulayam, who was his party’s president at that time, had openly said he wanted to become Prime Minister with the support of other parties in case of a hung Parliament. But the Samajwadi won only five of the heartland’s 80 Lok Sabha seats.

The Samajwadis had again released a CD for Mulayam’s son Akhilesh Yadav in 2017. Akhilesh, who was chief minister then, was preparing for Assembly elections.

But the BJP snatched power from Akhilesh in the state elections. The Samajwadi won only 47 of the state’s 403 Assembly seats.

CBI drive against Akhilesh acts as a glue, not a wedge