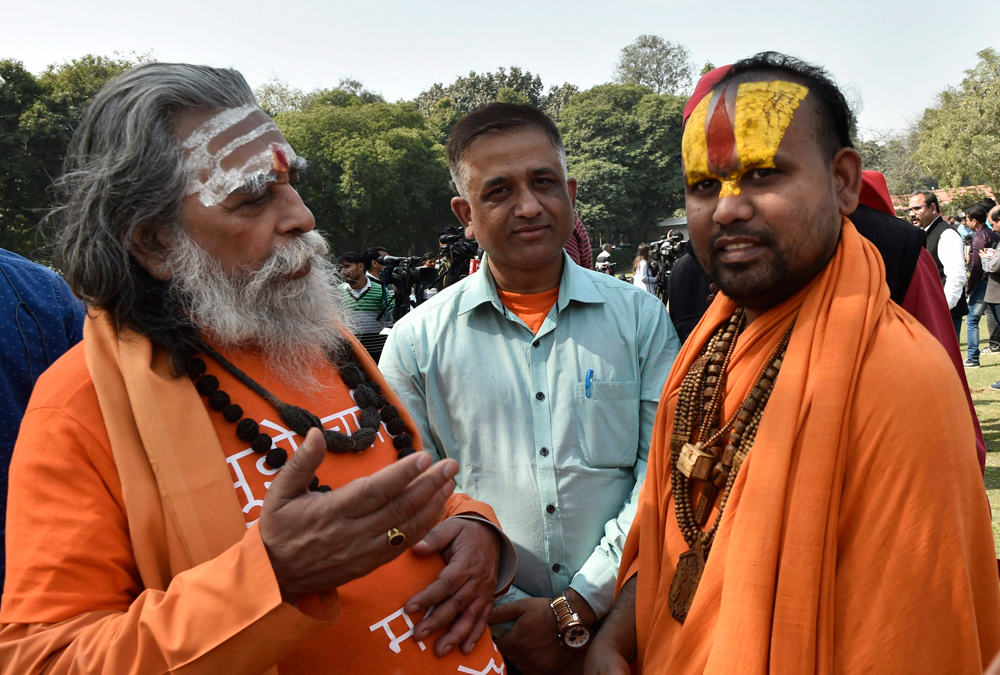 The Supreme Court on Friday referred the Ayodhya land dispute for mediation, rejecting opposition from one of the two Hindu claimants who had each been given one-third of the plot by Allahabad High Court.

A committee headed by a former apex court judge, Justice Ibrahim Kalifullah, will oversee the mediation process. Spiritual guru Sri Sri Ravi Shankar and senior advocate Sriram Panchu, an expert mediator, are the other members of the committee that will seek to facilitate an out-of-court settlement.

The committee is expected to start its hearings in the Uttar Pradesh city of Faizabad within a week. The five-judge bench said the panel should hand in a progress report after four weeks of mediation.

It said the mediation should be held behind closed doors, forbade media coverage of the proceedings, and asked all the parties to the dispute to maintain secrecy.

While the Muslim groups had already agreed to mediation, one of the Hindu claimants had insisted that building a Ram temple was “non-negotiable” and favoured a court verdict based on the merits of the case.

“Notwithstanding the lack of consensus… we are of the view that an attempt should be made to settle the dispute by mediation,” the bench of Chief Justice Ranjan Gogoi and Justices S.A. Bobde, Ashok Bhushan, D.Y. Chandrachud and Abdul Nazeer said.

It gave the assurance that if the mediation has any result, it would not be automatically accepted but would undergo judicial scrutiny, and any aggrieved party will get the chance to raise objections.

“We, therefore, order accordingly and having taken note of the names suggested by the parties, we are of the view that the following panel of learned mediators should be appointed,” the bench said.

It gave the mediation committee the freedom to co-opt more members if it wants, and to secure “such legal assistance as they may feel necessary at any stage of the mediation proceedings”.

The court restrained the mediators or the parties to the dispute from revealing the proceedings to the media, apparently to avoid any attempt to sabotage the process through leaks.

“The mediation proceedings should be conducted with utmost confidentiality so as to ensure its success, which can only be safeguarded by directing that the proceedings of mediation and the views expressed therein by any of the parties, including the learned mediators, shall be kept confidential and shall not be revealed to any other person,” the court said.

“While the mediation proceedings are being carried out, there ought not to be any reporting of the said proceedings either in the print or in the electronic media.

“The chairman of the mediation panel may also inform the registry of this court (about) any difficulties that the panel may face in carrying out the task… and also to inform of any requirement to facilitate the mediation and to conclude the same at the earliest.

“To ensure success of the mediation proceedings the same should be held in Faizabad (Uttar Pradesh)….”

The court asked the state government to ensure all facilities so that the mediation proceedings “can commence immediately, which we expect to so commence within a week from today.”

“We further direct that the mediation proceedings be held in camera….”

On February 26, the court had granted eight weeks to the disputing parties to examine the translated copies of relevant documents furnished by the Uttar Pradesh government, while asking them to explore the possibility of mediation during the interregnum.

Allahabad High Court had in 2010 divided the disputed 2.77-acre plot equally among the Sunni Central Waqf Board, Nirmohi Akhara and Ram Lala Virajman (infant Ram, represented by VHP leader Triloki Nath Pandey). All three parties, as well as others, have challenged the verdict in the apex court.