If these politicians are elected to the Assembly, they will have to quit their Parliament seats, necessitating another round of by-elections 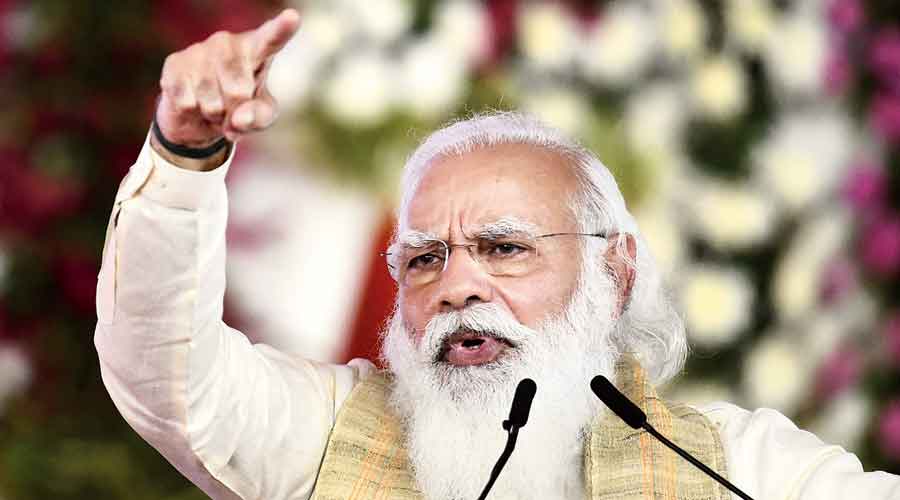 The BJP on Sunday fielded six MPs — three each from the Lok Sabha and the Rajya Sabha — to contest the Assembly polls in Bengal and Kerala, upending Prime Minister Narendra Modi’s untiring pitch for simultaneous elections.

If these MPs are elected to the Assembly, they will have to quit their Parliament seats, necessitating another round of by-elections. This flies in the face of the BJP’s pitch for simultaneous polls to Parliament and the Assemblies, for which it had coined the tagline “One Nation, One Election”.

In Bengal, the BJP has named four MPs as candidates for the state polls — Babul Supriyo, Locket Chatterjee, Nishit Pramanik and Swapan Dasgupta.

Barring Dasgupta, all the three are Lok Sabha MPs, elected just over a year ago. Supriyo is also a junior minister in the Modi government. Fresh elections will have to be held in the Lok Sabha seats in the event of victory.

Picking MPs to contest Assembly elections has raised questions since none other than Modi has repeatedly argued in favour of elections to the Lok Sabha and the Assemblies being held together for unhindered development and to cut down on unnecessary expenditure.

Modi, who had first raised the issue at a party meeting in 2015 and then pressed for it again and again from many public platforms, is a member of the BJP central election committee that finalised the names of the candidates.

The Congress and many other parties, however, are opposed to simultaneous polls, terming it an “anti-thesis to democracy” and seeing it as part of Modi’s and the RSS’s plan to gain absolute power.

Early this month, the matter led to a ruckus in the Karnataka Assembly when the Speaker and chief minister B.S. Yeddyurappa wanted to have a discussion on “One Nation, One Election”. The Opposition Congress protested vehemently.

BJP leaders on Sunday refused to react to the doublespeak on elections.

“The MPs are popular faces and we feel when they contest, it generates a favourable atmosphere for the party,” a BJP leader said.

The move bolstered the perception that the BJP didn’t have enough credible faces at the state level.

Rajya Sabha MP and former Union minister Alphons indicated he had been fielded against his will.

“I will follow the directions of the party even though I was not keen to contest at all,” Alphons, fielded from Kanirapally in Kerala, said.

The AIADMK on Sunday released its manifesto for the April 6 Assembly elections, promising to urge the Centre to scrap the contentious Citizenship Amendment Act. The AIADMK is an ally of the BJP.