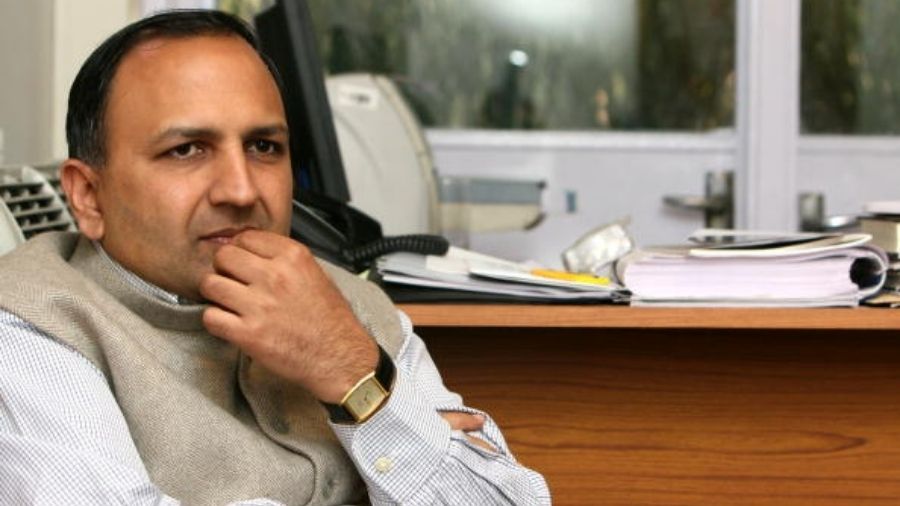 The agitation by students of Ashoka University, sparked by the resignations of two senior professors, was withdrawn on Wednesday.

The move by the Ashoka University Student Government came a day after four senior founders of the varsity offered them a seat in the board of management.

The Seventh House of Representatives of the Ashoka University Student Government said in a letter to the students: “With the Vice-Chancellor’s email today morning, we are officially closing the strike. However, this is not to say that the movement must end. We must continue coming together, asking questions, making art, and discussing academic freedom and the precarious political situation we find ourselves in… To the Vice-Chancellor, we thank you for being so receptive to our proposed changes and for your commitment to work with us to the best of your ability in building a more representative Ashoka.”

Students had boycotted classes — mostly online — on Monday and Tuesday to press for the return of political scientist Pratap Bhanu Mehta who quit on March 15, saying that the founders of the varsity had made it clear to him that he was a “political liability”.

Former chief economic adviser Arvind Subramanian had also quit last week in solidarity with Mehta who is being seen as a victim of intolerance against his newspaper columns criticising the ruling BJP.

The students demanded a public acknowledgement of Mehta’s resignation by the founders, an offer to Mehta to rejoin and the divestment of powers from the founders to “elected representatives of faculty, students and administration”.

Neither professor withdrew their resignations but issued a joint statement with the management of the elite private varsity acknowledging “lapses in institutional processes” and saying that the duo were “lifelong friends and well-wishers” of the varsity.

The House added: “We were able to meet unprecedented demands after protesting for six days and boycotting classes for two. Public universities across the country strike for weeks and months on end, often to fulfil basic needs, and even then they are not always successful. We must forge deeper solidarities with student unions and collectives fighting against injustice throughout India.”

The move by students came on a day when vice-chancellor Malabika Sarkar — who earlier headed Calcutta’s Presidency University — asked the Ashoka University Student Government to nominate a student to become an “invitee member” of the board of management. A senior professor said this would not entail voting rights although voting rarely takes place on the board, which largely operates on consensus. Sarkar also announced that a workers’ welfare committee would be set up to meet students’ demands for better work conditions for non-teaching staff.

After meeting the students on Tuesday, four prominent founders issued a statement saying: “The founders, even though they have devoted resources and energy to establish Ashoka University have never interfered with, nor do they intend to interfere, with the academic functioning of the university. ‘Academic functioning’ in this context includes not only how and what faculty teach, how they assess, how they are recruited and how they secure tenure but also their freedom to write and speak in their chosen fora and on their chosen themes.”

The statement signed by Ashish Dhawan who chairs the board of trustees, education entrepreneur Pramath Raj Sinha, Naukri.com owner Sanjeev Bikhchandani and CEO of data analytics firm Benori Knowledge Solutions, Vineet Gupta, made no mention of the resignations.

Gupta was in the news last week for a clearance from the Centre to receive funds from abroad to start another varsity in Mohali.

The statement added that an ombudsperson would also be appointed.

The university had faced flak from prominent intellectuals across the world for the circumstances under which Mehta and Subramanian had quit.

Several associations of students and teachers on Wednesday expressed solidarity with the students’ agitation at Ashoka University.

In a statement, they said: “Ashoka students and faculty have been peacefully protesting for the past week and will continue to do so until the agreed upon demands are fulfilled. However, this has emphasised the larger question around freedom of speech, academic freedom, and the right to peacefully protest across this country. This is an issue of political repression against intellectuals and critics in this country, targeted towards students, faculty and all critical thinkers in educational institutes who dare question the government and centres of power.”

They added: “This is an issue of basic human and ecological rights upheld by educational institutions versus an oppressive ideology bent on eradicating all voices of reason, democracy, criticism, and rational thought. We want to reiterate that peaceful criticism of state actions and policies are not and should not be equated to hate speech or be deemed anti-national.”