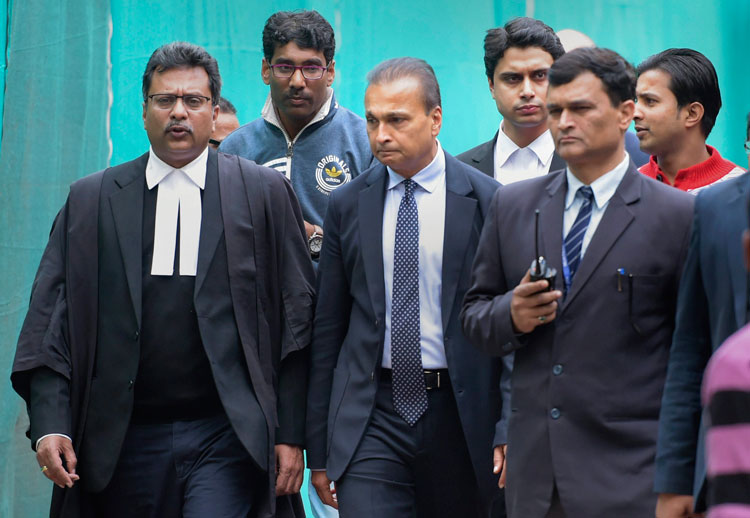 The Supreme Court on Wednesday reserved its verdict on Ericsson India’s plea seeking contempt action against Reliance Communications Ltd (RCom) chairman Anil Ambani and two others for not clearing of its Rs 550-crore dues.

A bench of Justices RF Nariman and Vineet Saran said it was reserving its verdict.

During the hearing, senior advocate Dushyant Dave, appearing for Ericsson India, said there was willful disobedience of the apex court's orders and contempt action should be initiated.

Senior advocate Mukul Rohatgi, appearing for RCom, countered the argument and said no contempt was made as no orders of the apex court were violated.

The court had on October 23 last year asked RCom to clear the dues by December 15, 2018, saying delayed payment would attract interest of 12 per cent per annum.

The plea by Ericsson had sought that the court direct Ambani and the lenders’ forum to hand over the Rs 550 crore with interest from sale proceeds as per the October 23 order.