'Those who question freedom fighter's contribution should have some shame' 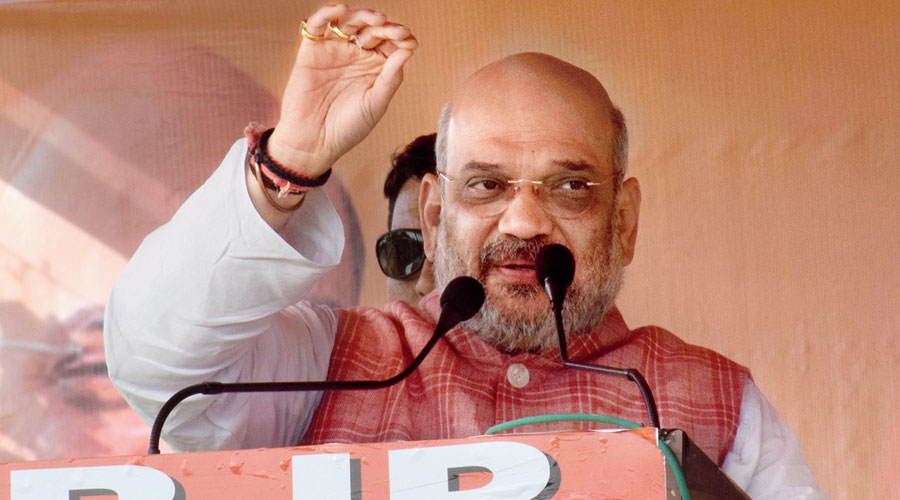 "Veer" Savarkar's patriotism and valour cannot be questioned, Union Home Minister Amit Shah asserted on Friday, as he hit back at those doubting the freedom fighter's commitment to India and its freedom struggle, and asked them to have "some shame".

Shah's comments came against the backdrop of a massive row over Defence Minister Rajnath Singh's recent remark that V D Savarkar, a venerated Hindutva ideologue, had filed mercy petitions before the British at the advice of Mahatma Gandhi.

"How can you doubt the life, the credentials of a man who was sentenced to two life imprisonments, made to sweat like a plodder bullock (kolhu ka bail) to extract oil at this prison. Have some shame," he told a gathering after garlanding the portrait of Savarkar at the cellular prison here where hundreds of freedom fighters were incarcerated during India's long freedom struggle.

Shah said Savarkar had everything that he needed for a good life, but he chose the tough path, which indicated his unwavering commitment to the motherland.

"There cannot be a greater pilgrimage than this cellular jail. This place is a 'mahatirth' where Savarkar experienced inhuman torture for 10 years but did not lose his courage, his bravery," Shah said, addressing an event as part of 75 years of India's Independence which the government is celebrating as "Azadi Ka Amrit Mahotsav".

The minister said the sobriquet "veer" was bestowed on Savarkar not by any government but by the people of the country in endorsement of his indomitable spirit and courage. "This title fondly given to him by 130 crore people of India cannot be snatched away," he said.

Shah also laid a wreath at a memorial to the martyrs of the freedom struggle.

He said most people in today's India were born after Independence and so did not get an opportunity to "die for the country". "I urge the youth of today to live for this great nation," he said.