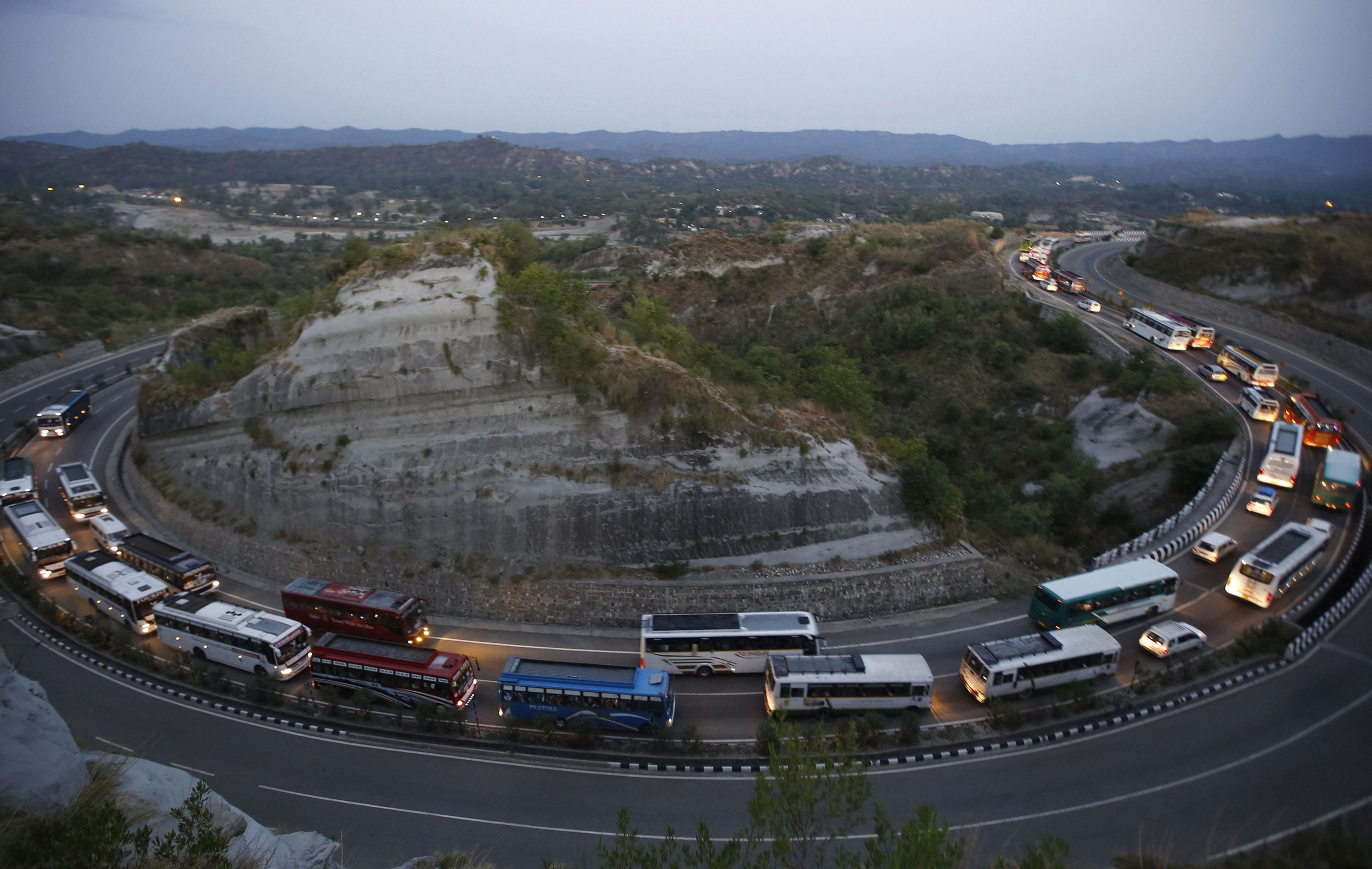 Outrage is growing in the Valley against a set of restrictions imposed on train and road travel for the entire six weeks of the Amarnath Yatra, the objective being the pilgrims’ safety.

Since Monday, the authorities have banned all civilian movement other than the pilgrims’, barring a brief window, on a 97km stretch of the Srinagar-Jammu highway and an 18km stretch of the Banihal-Baramulla railway tracks.

Similar restrictions had been imposed after the February 14 suicide attack in Pulwama that killed 40 CRPF men, but never during the Yatra.

Civilian traffic had been banned on the Udhampur-Baramulla highway for two days a week during the seven-phase Lok Sabha elections to allow military convoys to move freely. This had triggered chaos on the arterial highway that connects the Valley to the outer world.

The latest traffic curbs are even more excruciating as they are being enforced all seven days of the week till the 45-day pilgrimage ends.

Civilians intending to travel out of the Valley or back to it have been given barely three hours and a half every day — from 3.30pm to 7pm — to use the 97km stretch between Nashri (Jammu) and Qazigund (Kashmir).

Trains have been banned off the 18km tracks between Banihal (Jammu) and Qazigund for five hours, from 10am to 3pm. Trains do not run at night on the 135km Banihal-Baramulla tracks, the only operational part of the Jammu-Baramulla railway, because of the unrest.

Sheikh Khalid, a student, said it took him 18 hours to travel from Srinagar to Jammu this week instead of the usual six. “We had to wait endlessly on the road. So many people in hundreds of vehicles were waiting for the green light,” he said.

Politicians across the spectrum have reacted angrily to the restrictions. The People’s United Front — an alliance between the parties of bureaucrat turned politician Shah Faesal and former MLA Engineer Rasheed — led a protest in Srinagar on Sunday against the travel curbs.

Rasheed said Kashmiri Muslims had always been at the forefront of efforts to facilitate the Yatra but the restrictions had made their lives miserable. “New Delhi is exposing its colonial mindset and hatred for Kashmiris through such acts,” Rasheed said. He claimed the Yatra was being communalised to give Kashmiris a bad name. “Let them (the government) withdraw the security cover on the highway and see how Kashmiri Muslims facilitate and protect the Yatris and make the pilgrimage a success,” he said.

Thousands of additional security forces have been deployed across Kashmir for the safety of the Yatra.

The Jammu and Kashmir Socio-Economic Coordination Committee, an association of trades and industries including tourism, said the curbs were an assault on the economy and livelihoods of Kashmiris.

“Nowhere in the world the people are subjected to such bizarre and deplorable treatment by the governments that claim to have been established for the service of (the) same people,” it said in a statement.

Governor Satya Pal Malik has appealed to people to bear with the restrictions, saying it was a matter of the pilgrims’ security, PTI said.

“In our state, in western Uttar Pradesh, when the Kanwar Yatra starts, no vehicle plies on the highway for a month and no one complains,” he told reporters.

“Here, traffic is stopped for two hours and a hue and cry is raised.… People know what has happened on the highway,” he added, alluding to the Pulwama attack.