Keeping in view the forceful action by way of the airstrike in Pakistan-occupied Kashmir, Modiji’s government will be formed again, says Adityanath 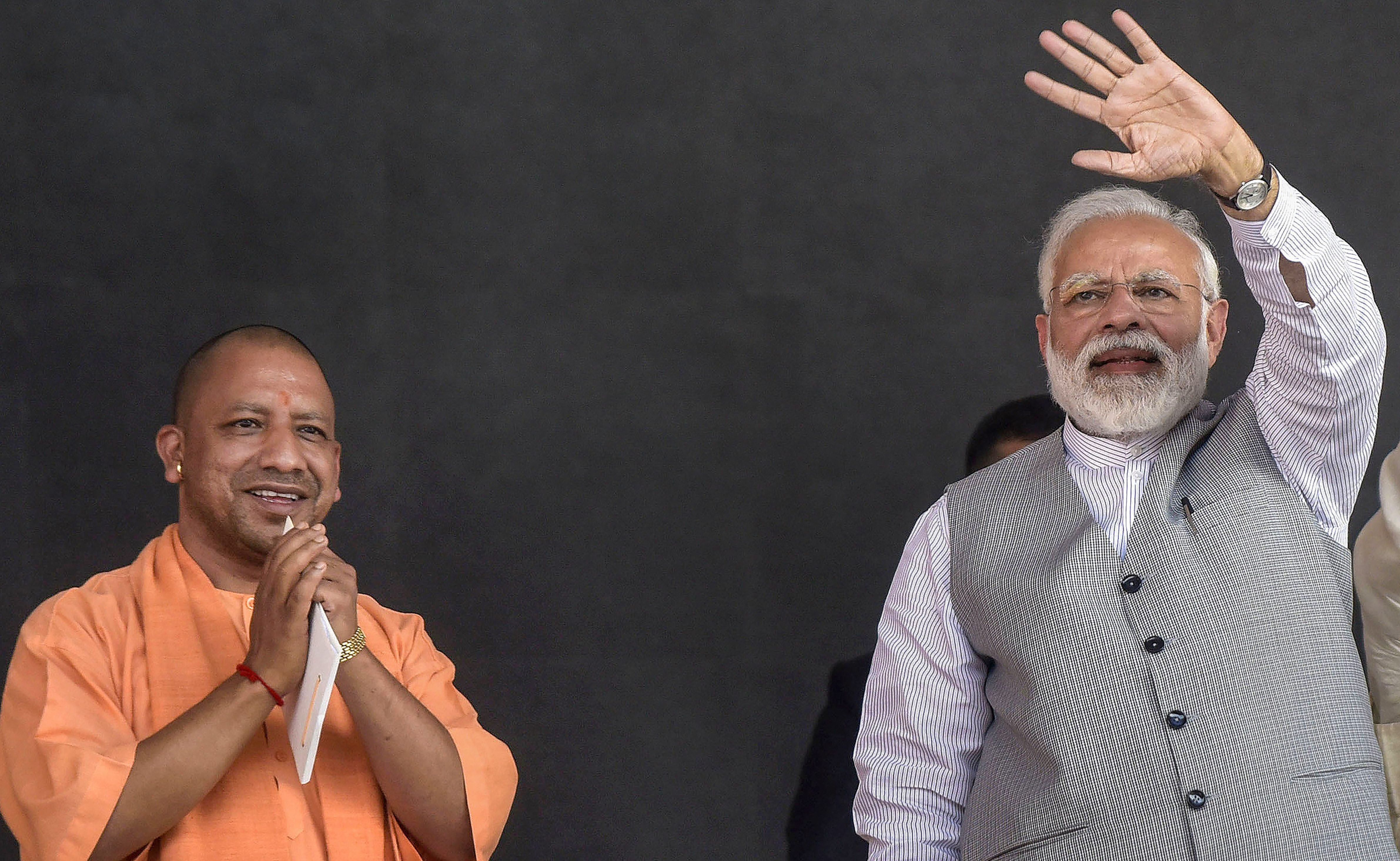 The Chest versus the rest — and an occasional punch below the belt.

BJP leaders have dropped loud hints of a testosterone-driven four-pronged theme that will drive its election campaign: drum up national security concerns, underscore the threat from Pakistan-based terror groups, paint the Opposition as pro-Pakistan and pit Narendra Modi as a “strong leader” against a rudderless alternative.

The theme was road-tested on Monday itself, less than 24 hours after the poll schedule was announced. Finance minister Arun Jaitley called the Opposition a “coalition of rivals” and law minister Ravi Shankar Prasad accused Rahul Gandhi of “instigating” Congress leaders to question the valour of the armed forces.

Cutting through the high-sounding clutter, Uttar Pradesh chief minister Yogi Adityanath came to the point without any pretence. “Keeping in view the forceful action the Modiji-led government has taken recently by way of air strike in Pakistan-occupied Kashmir, Modiji’s government will be formed once again in the country,” Adityanath tweeted later on Monday.

Neither did the “discourse” prevent another Union minister, Ananth Kumar Hegde, from calling the Congress president a “pardesi” and referring to his parents by what the BJP leader said was their religion.

A video clip circulating now shows the minister making the comments at a meeting in Karnataka last Friday, the contents of which were vigorously defended by a BJP leader on a TV channel at primetime.

On his part, Jaitley took to his favourite medium of Facebook to extol the leadership qualities of Modi, conjuring up a scary image of the Opposition alliance, while Prasad focused on keeping the attention on terror originating from Pakistan-held territory.

Jaitley claimed that unlike in the past, there was no anti-incumbency this time. Modi enjoys “the comfort level and the confidence” of the people and so the question of unhappy voters ousting the leader doesn’t arise, he added.

“He (Modi) has proved to the world that India can be administered with integrity and honesty. India is capable of tough decisions in order to ensure growth to enable India to secure itself. India occupies the high table in the world,” he wrote, crediting everything to Modi in a post titled “Agenda 2019: The Leadership Issue”.

On the Opposition, Jaitley said: “What was promised to be ‘Mahagathbandhan’ is turning out to be a ‘gathbandhan’ of several conflicting gathbandhans. It is a self-destructive ‘coalition of rivals’.”

“This is being done under the instigation, patronage and direction of Rahul Gandhi. Polls will come and go but the country and the army will remain,” he added.

Party leaders indicated that they would like to keep the issue alive, assured that it would sway voters cutting across caste divides. Internally, party leaders have been asked to keep focusing on the Balakot air strikes, highlighting the “weakness” of the Congress and the “strong leadership” of Modi. The BJP believes that the combined strength of the Opposition can only be defeated if the upcoming polls gravitate around Modi’s personality.

Picking out Bengal chief minister Mamata Banerjee, Jaitley said she was positioning herself as the “sutradhar (compere)” of the Opposition alliance but wants the Congress and the Left to remain under her. “Her (Mamata’s) instinctive comments on policy issues are retrograde,” Jaitley said.

He tried to suggest that most Opposition parties can change their positions. “Barring the Congress and the Left, most of them have done political business with the BJP in the past. Their ideologies and commitment to their constituents are widely different,” Jaitley posted.

On Modi turf too, Yogi is needed