Advertisement
Home / India / Afghan territory must not be used for carrying out terror activities in other countries: BRICS
Leaders moot intra-Afghan talks to ensure peace

Afghan territory must not be used for carrying out terror activities in other countries: BRICS

We call for refraining from violence and settling the situation by peaceful means, say nations in joint decaration 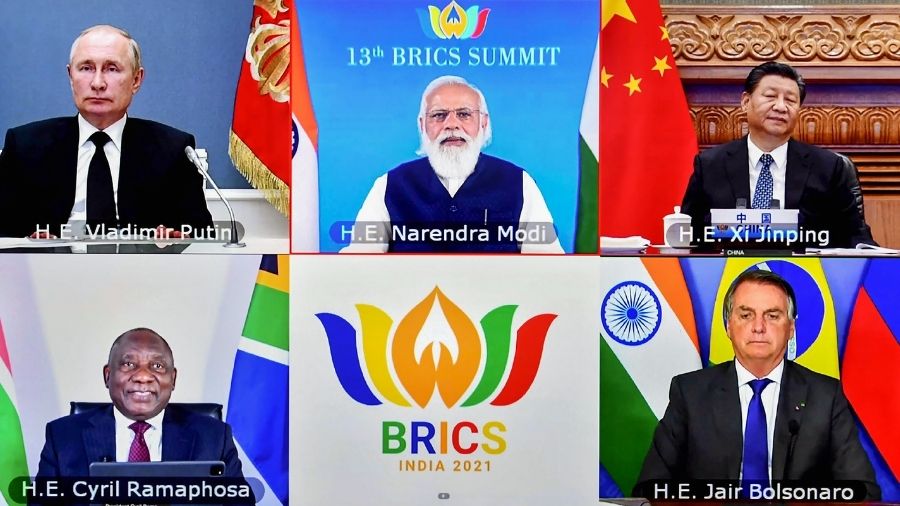 The territory of Afghanistan must not be used to carry out terror attacks against other countries, the five-nation influential grouping BRICS said on Thursday and strongly called for combating terrorism in all its forms and manifestations, including the cross-border movement of terrorists.

The grouping held extensive deliberations on pressing issues including the situation in Afghanistan at a virtual summit chaired by Prime Minister Narendra Modi.

In a declaration issued at the end of the summit, the grouping called for refraining from violence and settling the situation in Afghanistan by peaceful means.

"We call for refraining from violence and settling the situation by peaceful means. We stress the need to contribute to fostering an inclusive intra-Afghan dialogue so as to ensure stability, civil peace, law and order in the country," the BRICS said.

The grouping also condemned in strongest terms the terrorist attacks near Kabul Airport recently that resulted in a large number of deaths and injuries.

"We underscore the priority of fighting terrorism, including preventing attempts by terrorist organisations to use Afghan territory as a terrorist sanctuary and to carry out attacks against other countries, as well as drug trade within Afghanistan," the BRICS said.

"We emphasise the need to address the humanitarian situation and to uphold human rights, including those of women, children and minorities," it said.

Referring to the threat of terrorism, the BRICS said it is committed to combating the menace in all its forms and manifestations, including the cross-border movement of terrorists.

"We express strong condemnation of terrorism in all its forms and manifestations whenever, wherever and by whomsoever committed. We recognize the threat emanating from terrorism, extremism conducive to terrorism and radicalisation," it said.

Reiterating that terrorism should not be associated with any religion, nationality, civilization or ethnic group, the leaders said, "We reaffirm our unwavering commitment to contribute further to the global efforts of preventing and countering the threat of terrorism on the basis of respect for international law".

"We reject double standards in countering terrorism and extremism conducive to terrorism. We call for expeditious finalisation and adoption of the Comprehensive Convention on International Terrorism within the UN framework," it said.