Advertisement
Home / India / A judge must speak through his judgment: Rijiju on EC case in SC

A judge must speak through his judgment: Rijiju on EC case in SC

The law minister says certain 'commentary' made by judges make headlines, but the reported observations do not form part of judgment 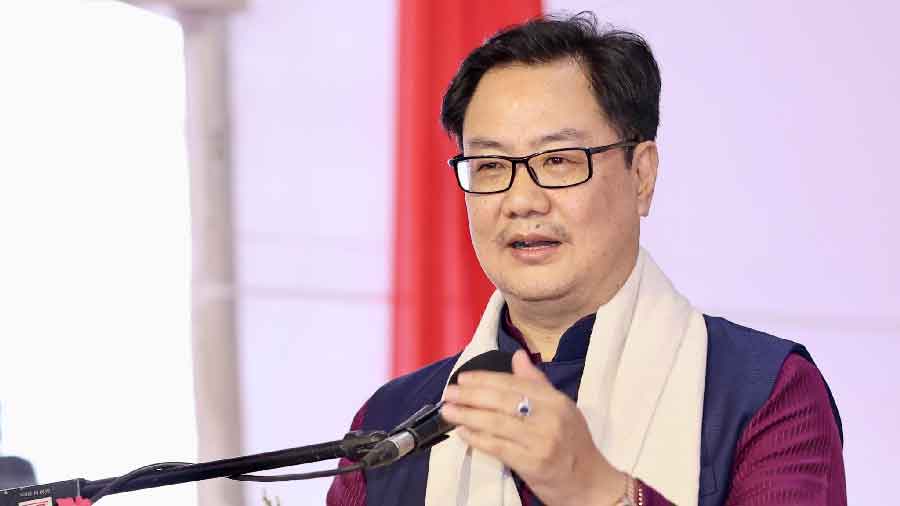 Amid an ongoing hearing in the Supreme Court over appointment of election commissioners, Law Minister Kiren Rijiju on Friday said a judge must speak through his judgment as his observations could lead to a "difficult situation".

"Then people will ask how did the collegium select a particular person to be appointed as a judge," he said at the Times Now Summit responding to a question on the Supreme Court wanting to know how the law minister had chosen a particular election commissioner.

"This question will lead to difficult situation. So that is why I said the old wisdom -- a judge must speak through his judgment," he remarked.

He said certain "commentary" made by judges make headlines, but the reported observations do not form part of the judgment.

The Supreme Court had on Thursday questioned the "haste" and "tearing hurry" with which the Centre appointed ex-bureaucrat Arun Goel as an election commissioner, saying his file travelled at "lightning speed" within departments in 24-hours.

The central government vehemently resisted the observations, with Attorney General R Venkataramani contending the whole issue pertaining to his appointment needed to be looked at in entirety.

The top court asked how the Union law minister shortlisted a panel of four names that was recommended to the prime minister for appointment as election commissioner when none of them would have completed the stipulated six-year tenure in office.

The top court on Thursday reserved its verdict on a batch of pleas seeking a collegium-like system for the appointment of ECs and the CEC and asked the parties to file written submission in five days.