There are 2,899 candidates are in the fray; the state has 5.04 crore eligible voters 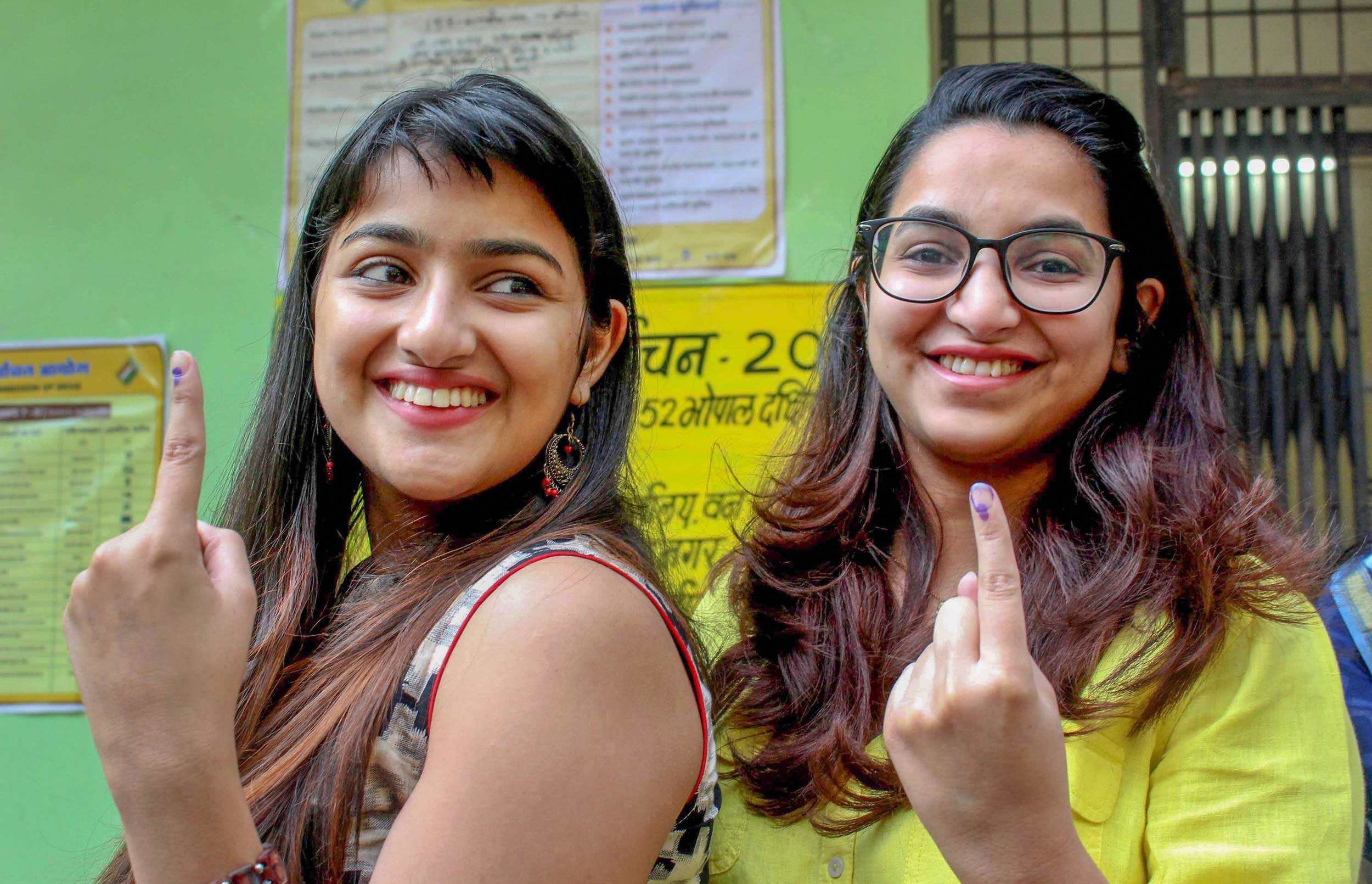 First time voters show their fingers marked with indelible ink after casting votes for the Assembly elections, at a polling station in Bhopal, Madhya Pradesh, on Wednesday.
(PTI Photo)
PTI   |   Bhopal   |   Published 28.11.18, 11:04 AM

Bhopal, Nov 28 (PTI) As many as 745 EVMs and Voter Verifiable Paper Audit Trail machines were replaced Wednesday in Madhya Pradesh, where voting for the Assembly elections is underway, a senior poll official said.

The announcement by state chief electoral officer V.L. Kantha Rao came after Congress leaders claimed that EVMs at many places had malfunctioned.

”There have been several complaints that EVMs at many places malfunctioned. We have have written to the Election Commission and demanded that voting time in these polling booths should be extended to compensate for the delay,” Congress leader Jyotiraditya Scindia said.

The Guna MP said the Election Commission should compensate for time wasted in replacing the EVMs by extending polling time in those booths.

”Several reports are coming from across the state that EVMs are not working. This has been affecting the polling. Long queues are being witnessed in the city. EC should immediately take decision. The EVMs should be changed,” state Congress chief Kamal Nath tweeted.

Responding to the demand, CEC O P Rawat said in Delhi that there are provisions for the extension of time and local officers (in Madhya Pradesh) can take the call on the matter.

The battle of ballots in Madhya Pradesh is just months ahead of the Lok Sabha polls slated in the first half of 2019.

There are 2,899 candidates are in the fray. The state has 5.04 crore eligible voters.