Anand Singh and B. Nagendra, 2 of the missing MLAs, are often suspected of planning a return to their old party 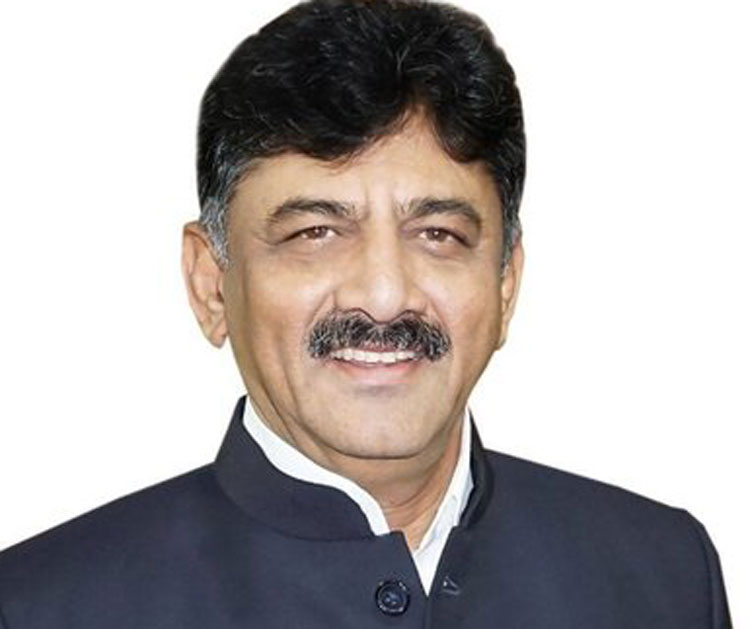 D.K. Shivakumar has accused the BJP of trying to lure away Anand Singh, B. Nagendra and Ramesh Jarkiholi — the first two missing for the past three or four days and the third for about two weeks now.
Twitter profile of D.K. Shivakumar
K.M. Rakesh   |   Bangalore   |   Published 14.01.19, 09:27 PM

Three missing MLAs have heightened fears within the Congress about a possible BJP attempt to destabilise its coalition government with the Janata Dal Secular in Karnataka.

Party senior and minister D.K. Shivakumar has accused the BJP of trying to lure away Anand Singh, B. Nagendra and Ramesh Jarkiholi — the first two missing for the past three or four days and the third for about two weeks now. He alleged the trio were in Mumbai.

While the Congress later dismissed it as a meeting to plan the upcoming state budget, party insiders said the missing MLAs had come in for serious discussion.

Shivakumar told reporters the BJP had offered huge sums to Congress legislators. “We will expose the BJP with full information about how much money they have offered our MLAs,” he said.

Just two weeks ago, Siddaramaiah had accused the BJP of offering Rs 20-30 crore each to several Congress MLAs. He had questioned the source of the money.

Shivakumar, the party’s all-seasons trouble-shooter who is credited with keeping the flock together, also frowned on chief minister H.D. Kumaraswamy’s handling of the situation.

“Our chief minister has not been revealing what he knows. He has adopted a wait-and-watch policy rather than expose the BJP and its tactics to destabilise our government,” Shivakumar said.

While Congress sources confirmed that none from the party had been able to contact the three missing MLAs, Kumaraswamy surprised everyone on Monday by claiming they were in touch with him.

“They are all in touch with me; I know where they are. They spoke to me at 7.30am today. I can assure you, there is nothing to worry,” he said, without clarifying why the Congress legislators were in touch with him and not their own party.

Of the three, Ramesh had recently been dropped from the state cabinet to make way for his brother Satish Jarkiholi, who was among the principal rebels in the party.

Singh and Nagendra are both mining barons from Bellary who had kept everyone guessing during government formation. They are often suspected of planning a return to their old party, the BJP.

After Monday’s meeting, Parameshwara told reporters there was no threat to the government, downplaying the fears expressed by Shivakumar.

Congress sources said they needed to maintain vigil and ensure the BJP did not lure away any of their legislators.

“All they (the BJP) need is 10 (actually 9) more members to topple our government. While I know that neither the Congress nor the JDS would allow that to happen, I also know that the BJP has been making desperate attempts to topple this government,” a party insider said.

In the 224-seat Assembly, the BJP has 104 members, the Congress 80, and the JDS 37. JDS ally Bahujan Samaj Party and the Karnataka Pragnyavantha Janata Party have one each. There’s a lone Independent.

State BJP president B.S. Yeddyurappa has come up with the counter allegation that Kumaraswamy has been trying to poach on his MLAs.

“We are not trying to destabilise the government as they have sufficient numbers. It is the JDS that is trying to poach two or three of our MLAs,” he told TV channels.