Ladies from protesting farmers’ families to join in, arrangements being made 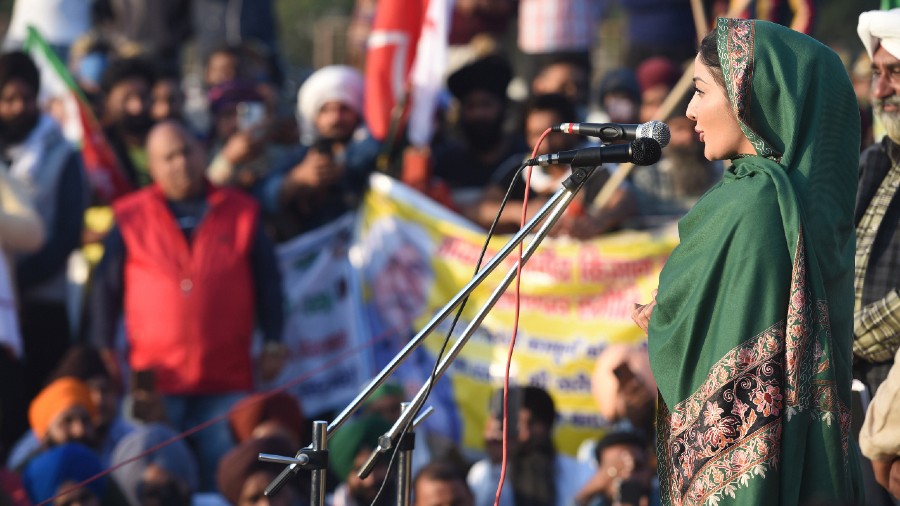 Over 2,000 women from the families of farmers protesting against the Centre’s new agri laws at Singhu Border here will join the ongoing agitation in the coming days, as peasants are set to intensify their protest further to press their demands.

Farmer leaders said they are making arrangements to host the women members coming from various parts of Punjab ‑ tents are being put up, a separate langar is being planned, and extra temporary toilets are being arranged.

The aim is to give them a safe and comfortable environment to stay at the protest site, they said.

Farmer leader Harendir Singh Lakhowal said that a Delhi-based organisation donated around 2,00 tents on Sunday which are now being put up at Singhu as well as Tikri borders, especially for women.

Shiv Kumar Kakka, one of the 33 farmers who observed hunger strike at the Singhu border on Monday, said, “It is not an agitation of Punjab farmers alone, but of farmers from across the nation.”

“Several women have already been a part of the agitation at the borders here, but more have expressed their willingness to join the cause,” he said.

“We are expecting over 2,000 women from across various parts of Punjab to join the agitation. We have multiple langars open here for everyone, but we are also thinking to start a separate one for the women.

“We are also making arrangements for water tankers to facilitate their drinking and bathing purposes,” said Kakka, who is associated with the Rashtriya Kisan Mahasangh.

“Our main purpose is to give women a safe and comfortable environment to stay. After all they are daughters of farmers, they can live anywhere here,” he said.

Lakhowal said that with more farmers, especially women, planning to join in the agitation, they are looking for vacant or incomplete buildings as a temporary accommodation for the protesting women.

Some good samaritans have also approached them, with the proposal of donating temporary toilets and have even offered their flats for temporary accommodation, the farmer leaders maintained.