Clofazimine stockouts appear to be the result of the cessation of its production by Abbott Healthcare, which accounts for 98% of the drug's market share 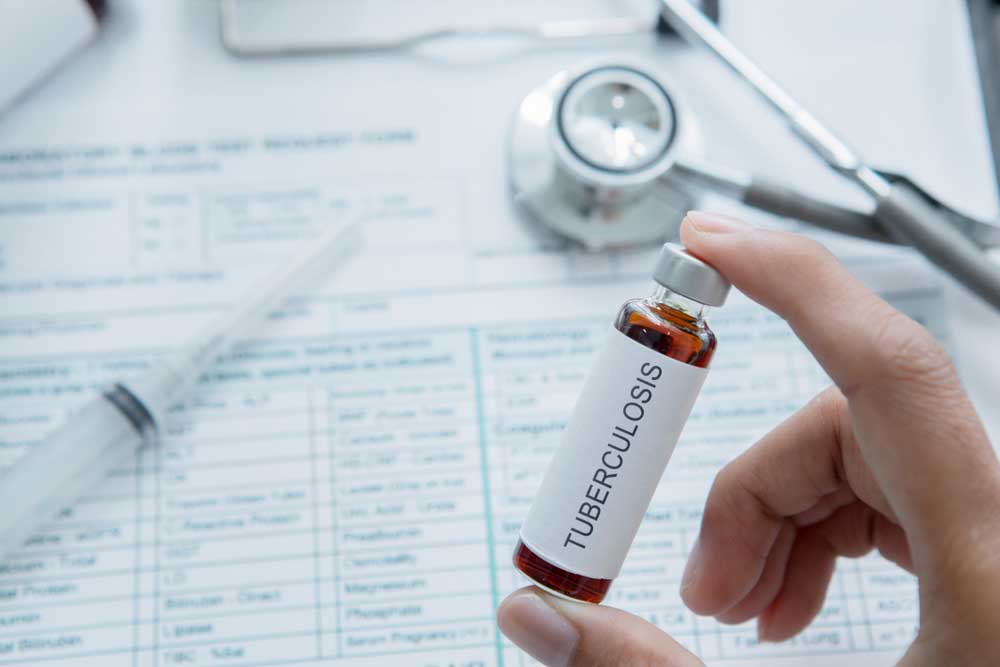 Clofazimine is part of the medical armamentarium used for patients with multi-drug resistant TB who are typically prescribed a combination of four to six drugs for 18 months. The drug is also used to treat leprosy.
(Shutterstock)
G.S. Mudur   |   New Delhi   |   Published 24.02.20, 08:37 PM

Many patients with drug-resistant tuberculosis under private sector treatment across the country have faced stock-outs of a drug called clofazimine and are at risk of worsening disease, a patients' group has told the Union health ministry.

The clofazimine stockouts appear to have resulted from the shutdown of its production by Abbott India, a pharmaceutical company, that accounts for 98 per cent of the market share of the drug, the group called Survivors Against TB has said.

Patients across Maharashtra and a few other states have encountered stock-outs of clofazimine at numerous pharmacies, Vashita Madan, a spokesperson for SATB said on Monday. 'We've urged the health ministry to help find a solution and make the drug available nationwide,' she said.

Clofazimine is part of the medical armamentarium used for patients with multi-drug resistant TB who are typically prescribed a combination of four to six drugs for 18 months. The drug is also used to treat leprosy.

A nationwide survey had in 2018 suggested that India has around 130,000 MDR-TB patients, although not all would be prescribed clofazimine. Health experts estimate that around half of these patients would be under private sector treatment.

The patients' group has expressed concern that Abbott - which had earlier sought but had been denied permission to discontinue production of the drug - has stopped production citing 'shortage and non-availability of critical raw material' for the drug.

Public documents from the National Pharmaceutical Pricing Authority (NPPA), the apex drug pricing agency, show that Abbott had given notice of its intent to discontinue production of clofazimine.

But at a meeting on October 30 2019, senior NPPA officials considered the request and observed that Abbott has 'near monopoly' with around 98 per cent of the market share of these 'critical medicines' for TB and leprosy and 'a sudden discontinuation' could lead to shortages.

'It was therefore decided to direct the company to issue a public notice and continue production, import or sale for a period of 12 months beyond intended date of discontinuation or date of public notice, whichever is later,' the NPPA panel said.

An Abbott spokesperson said the company had applied to NPPA for discontinuation of the drug due to 'unavailability of the active pharmaceutical ingredient in India, and increased costs from the alternative supplier outside of India'.

'Earlier this year, we informed the NPPA that despite our efforts, we are unable to find a supplier for the active pharmaceutical ingredient which is impacting manufacture and availability of the product,' the spokesperson told The Telegraph. 'The NPPA is helping to identify an assured supplier so that production can be restarted.'

Members of SATB said the largest number of patients' complaints of the stockouts are from Maharashtra but other places are affected too. 'Some doctors have asked these patients to use linezolid as a replacement, but linezolid has more side effects than clofazimine,' said Himanshu Patel, a SATB fellow in Mumbai.

Zarir Udwadia, a senior Mumbai-based chest physician who has been tracking India's MDR-TB trends for over a decade said the difficulty in accessing clofazimine is 'unacceptable.'

'This drug is an essential part of most MD-TB regimens and its shortage endangers the success of the entire regimen,' he said.