Those who cut back on sugary beverages also tended to see improvements in insulin resistance, a risk factor for type 2 diabetes 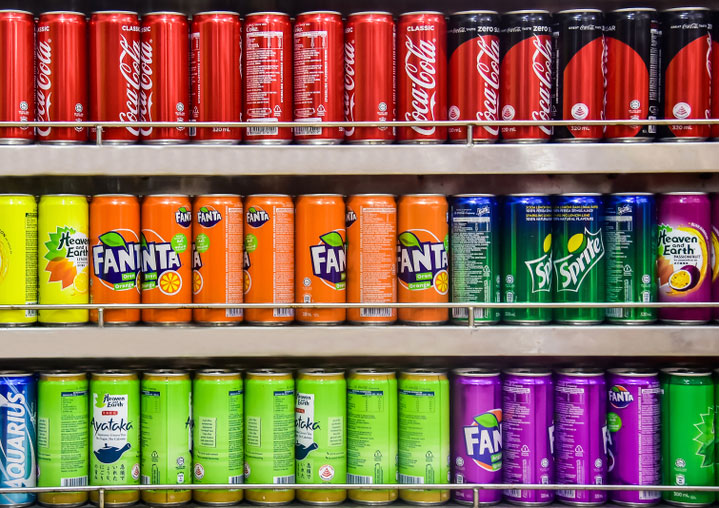 The research, published in JAMA Internal Medicine, is the first peer-reviewed study to examine whether a workplace sales ban on sugary drinks could lead to reduced consumption of the beverages and improve employee health.
(Shutterstock)
Anahad O’Connor/NYTNS   |     |   Published 19.11.19, 03:20 PM

In recent years, hospitals and medical centres across the US have stopped selling sugar-sweetened beverages in an effort to reduce obesity and diabetes. Now a new study carried out at the University of California, San Francisco, US, has documented the health effect of a soda sales ban on its employees. Ten months after a sales ban went into effect, UCSF workers who tended to drink a lot of sugary beverages had cut their daily intake by about half. By the end of the study period, they had, on average, reduced their waist sizes and belly fat, though they did not see any changes in their body mass index. Those who cut back on sugary beverages also tended to see improvements in insulin resistance, a risk factor for type 2 diabetes.

The research, published in JAMA Internal Medicine, is the first peer-reviewed study to examine whether a workplace sales ban on sugary drinks could lead to reduced consumption of the beverages and improve employee health.

“This was an intervention that was easy to implement,” said Elissa Epel, an author of the study and director of the Aging, Metabolism, and Emotions Center at UCSF. “It’s promising because it shows that an environmental change can help people over the long run and possibly lead to a reduction in their risk of cardiometabolic disease.”

In recent years, the link between sugar and obesity has drawn increasing scientific attention. Health authorities say that Americans have gotten fatter because they are consuming too many calories. But some experts have singled out the role of added sugar consumption, which increased more than 30 per cent between 1977 and 2010.

According to the Harvard School of Public Health, sports drinks, fruit punches, sodas and other sweetened drinks are the single largest source of calories and added sugar in the American diet and “a major contributor to the obesity epidemic”. Large studies have linked them to an increased risk of type 2 diabetes, heart disease and premature death.

UCSF, a health sciences centre with more than 24,000 employees, carried out its sales ban in 2015. The university removed all sugar-sweetened beverages from cafeterias, food trucks and vending machines on its campus and installed more water stations. Fast food chains such as Subway and Panda Express on its campus agreed to stop selling the beverages. An exception was made for 100 per cent fruit juices, which have no sugar added to them.

The university does not forbid people to bring their own sugary beverages on campus, but they will find only bottled water, diet drinks, unsweetened teas and 100 per cent fruit juices for sale. To examine the effect of the ban, the researchers recruited 214 campus employees and followed them regularly, taking blood samples and measuring their weight, soda intake and waist sizes.

Epel and her colleagues split the workers into two groups. One was assigned to undergo a brief motivational intervention that was modelled on standard alcohol interventions: They met with a health educator who talked to them about the health effects of sugar and showed them how much they were ingesting each day using sugar cubes in a cup. The educator helped them set goals. The second group of workers served as controls.

After 10 months, the workers in both groups cut their intake of sugary drinks to 500ml a day, down from about one litre. While there was no overall change in their BMI, they had reductions in two measures of abdominal fat, including their waist sizes, which shrank by an average of 2.1cm. Epel said this was because sugar intake is strongly linked to belly fat. “The type of fat that we store in the liver and in the abdominal fat tissue is very sensitive to sugar,” she said.

The study found that overweight people who were assigned to the motivational sessions made the biggest changes. They had the greatest reductions in sugary beverage intake and larger improvements in their metabolic health.

Laura Schmidt, a professor at UCSF medical school and senior author of the study, said that ending sugary beverage sales at the workplace could be a simple way for private employers to improve employee health and lower health care costs.