What's next in Hollywood 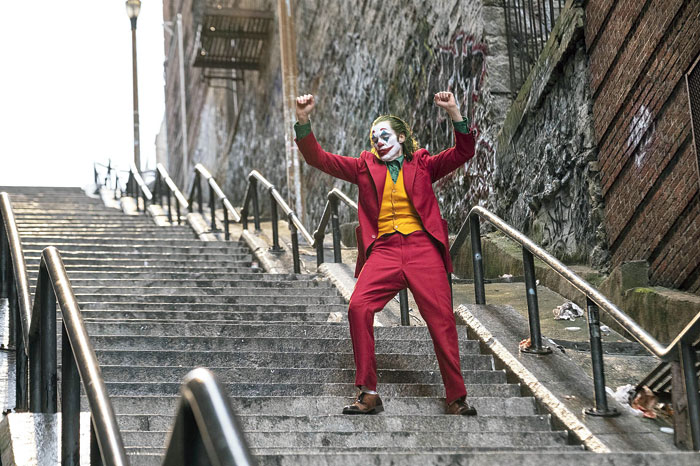 The origin story of the Clown Prince of Crime stars multiple Oscar nominee Joaquin Phoenix in the titular role for this year’s Oscar frontrunner Joker.
Still from the movie
Jaybrota Das   |   Published 12.10.19, 03:41 PM

With Oscar favourites like Joker and Little Women at the helm, the Hollywood last quarter (October-November- December) sounds like a happy ending. From some stellar originals to biggies like Ford v Ferrari, the year’s fourth and final chapter promises exuberance for lovers of cinema. The Telegraph takes a quick look at the movies:

The origin story of the Clown Prince of Crime stars multiple Oscar nominee Joaquin Phoenix in the titular role for this year’s Oscar frontrunner Joker. The film looks to be a cross between Scorsese classics — Taxi Driver and The King of Comedy.

Gemini Man
Still from the movie

Will stars in this sci-fi thriller that centres on an assassin looking to quit his career as he faces his biggest obstacle: a younger clone of himself.

A sophomore effort from Robert Eggers, who debuted as a writer-director in 2016 with the chilling folk-horror film The Witch. The film centres around a pair of late-19th century lighthouse keepers who slowly lose their minds.

Maleficent is a spin on Disney’s live-action remakes, retelling the story of Sleeping Beauty through the eyes of its iconic and misunderstood villain.

Little Women
Still from the movie

Bombshell
Still from the movie

Based on the sexual harassment allegations made against Fox News founder Roger Ailes by various employees, including former anchors Gretchen Carlson and Megyn Kelly.

Star Wars: The Rise of Skywalker

The best thing about the film is that JJ Abrams sits on the captain’s chair for this sequel trilogy finale.

Deadpool director Tim Miller takes the reins of the iconic Terminator franchise with a reboot that starts from where the first two films in the series left off. The film sees James Cameron on board as producer and Linda Hamilton and Arnold Schwarzenegger returning.

Kristen Bell, Idina Menzel, and Josh Gad, return to Arendelle to catch a second lightning storm in a bottle. The teaser suggests a darker tone for the sequel.

A Beautiful Day in the Neighborhood

Hanks stars as Fred Rogers in the story of the host and creator of Mister Rogers’ Neighborhood.

Craig leads a huge ensemble cast in this cheeky whodunnit about a detective who arrives on scene to look into the mysterious death of a famous crime novelist whose entire family has gathered at his mansion to celebrate his 85th birthday.

Charlie’s Angels
Still from the movie

The new take on Charlie’s Angels re-imagines the “angels” as a high-level security agency which picks up the slack when traditional law enforcement fails.

Based on true events, this sports drama is about American motor company Ford’s efforts to build a race-worthy car to rival the Ferrari team at the 1966’s 24 Hours of Le Mans race.