From trailers to teasers, here’s a quick recap of the week that was for the South film industries 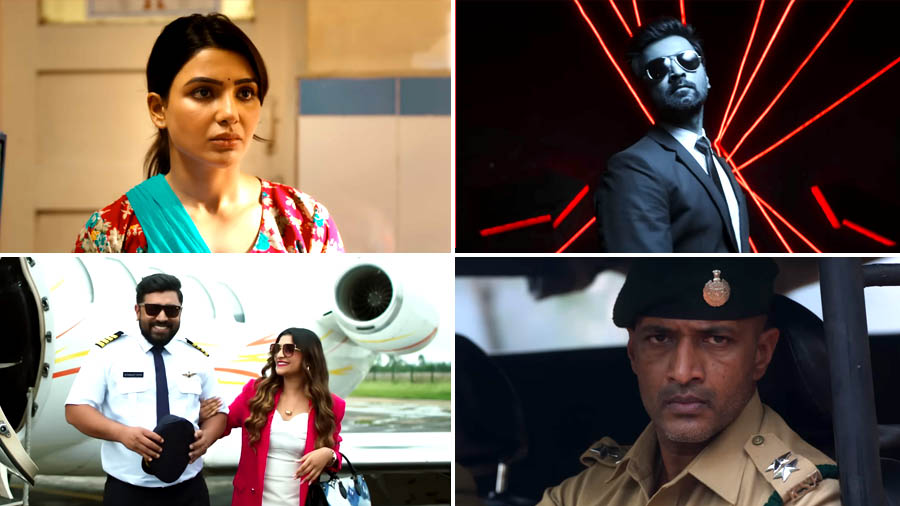 Some of the biggies from Tamil, Telugu, Kannada and Malayalam industries dropped their trailers and first-look teasers last week. There’s what got fans chatting over the weekend, apart from Suriya’s Suriya 42, Mani Ratman’s Ponniyin Selvan: I (PS-1), Mammootty’s Rorschach and Samantha’s Yashoda.

The teaser gives out the vibe of a science fiction thriller as we get to see various chaotic incidents from Yashoda’s life. While the teaser doesn’t reveal much else about the plot, it is clear that Yashoda’s action-packed life has got something to do with her unborn child. Mani Sharma has scored the music for the film.

The official trailer of Tamil star Atharvaa’s upcoming drama Trigger is out. Directed by Sam Anton and produced by Prateek Chakravorty and Shruti Nallappa, the film focuses on human trafficking.

The trailer shows Atharvaa as an undercover cop out to rescue trafficked children and end this nexus of crime in the city. The movie also features Arun Pandian and Tanya Ravichandran in important roles.

Trigger is set to hit the cinemas on September 23.

The trailer gives us a glimpse of a group of old friends who are catching up after a long time and going for an unplanned road trip. It seems that they have some unresolved issue from their troubled past which comes back to haunt them.

From an almost three-minute-long trailer that has dropped, Kannada film Kantara, headlined by Rishab Shetty who has also written and directed the film, looks like a social drama.

The trailer starts with villagers living near a forest performing routine activities and celebrating traditional festivals. But there is another set of people who are interested in misusing the forest. How the village people save the forest forms the rest of the plot.

Kantara is set to arrive in the theatres on September 30.

The trailer shows Abbavaram playing a driver with anger issues. He falls in love and goes to the extreme to win his love. There are also several old-fashioned action sequences in the film.