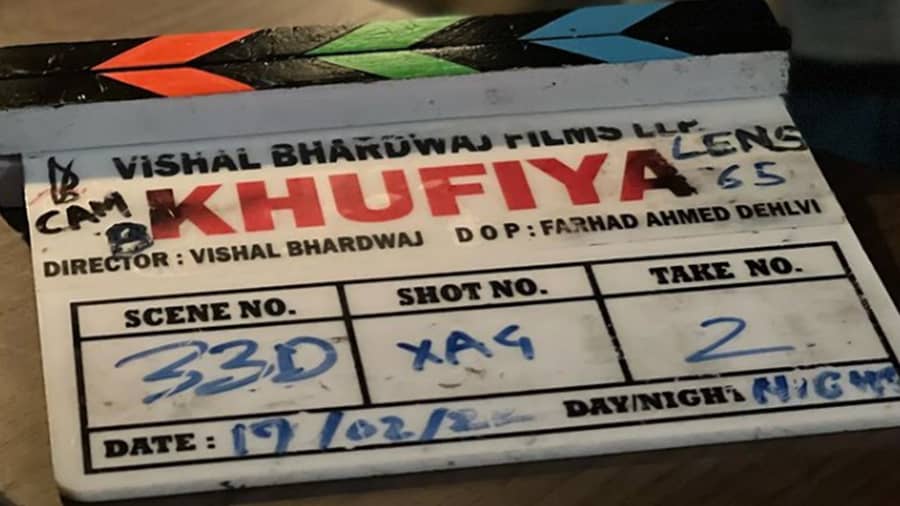 Netflix thriller Khufiya is an extremely personal project for Tabu, who describes the upcoming film as a deep dive into the world of espionage with the classic Vishal Bhardwaj touch.

The film reunites the actress with her long-time collaborator and friend Bhardwaj, following successful and acclaimed movies such as Maqbool (2003) and Haider (2013).

Calling Khufiya a passion project of Bhardwaj, Tabu said the film was conceptualised long ago but only went on floors last year.

“The film is Vishal’s dear project, which actually was conceptualised long back but couldn’t happen. Then the pandemic happened, which is when it picked up again. We were casting for it during Covid. It’s the world of intelligence, agents, espionage but not like a regular spy thriller that you’ve seen,” Tabu told PTI.

The film is inspired by true events and based on the popular espionage novel Escape to Nowhere by Amar Bhushan. Produced and directed by Bhardwaj, the film also stars Ali Fazal, Wamiqa Gabbi and Ashish Vidyarthi.

“It (the film) has turned out really well. It’s thrilling, but different, like a classic Vishal film with his signature touch. We also have a fantastic ensemble cast, and it was so much fun collaborating with them. It is a personal film for all of us because we shot it quietly in Delhi, then in Canada. It’s a world that will, hopefully, pull you in,” the 50-year-old actress added.

Khufiya presents the story of Krishna Mehra, a Research & Analysis Wing (R&AW) operative who is assigned to track down the mole selling India’s defence secrets while grappling with her dual identity as a spy and a lover.

Tabu will also be seen in another Vishal Bhardwaj production, Kuttey. The caper thriller marks the directorial debut of the filmmaker’s son, Aasmaan Bhardwaj.

“Kuttey has a crazy, crackling script. Aasmaan is (on) some other tangent from Vishal. He has a mind of his own. I’ve never seen any director get so happy over the smallest of things. He’s also new, so that enthusiasm, preparedness shows,” she added.

Tabu also has films such as Drishyam 2 and Bholaa in the pipeline.