‘Varisu’ is the 66th film of Vijay’s career 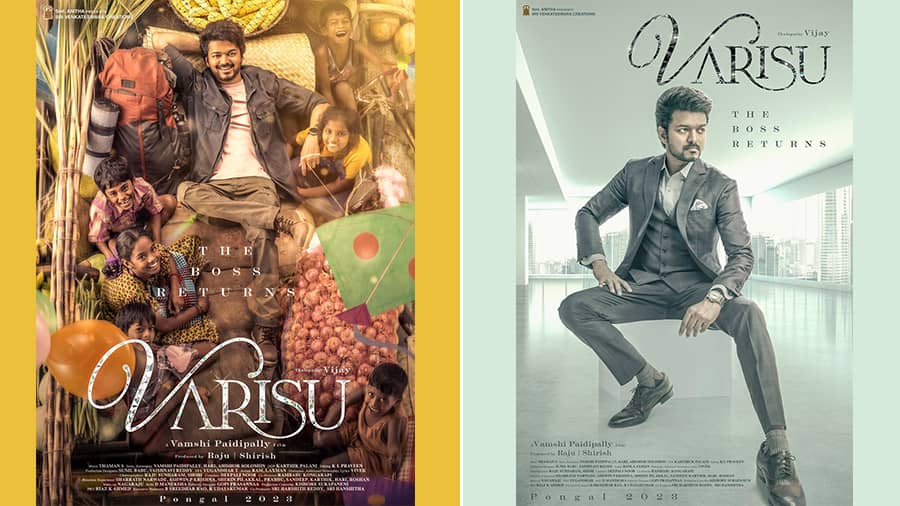 Tamil actor Vijay released the first look poster of his upcoming film Varisu on the eve of his 48th birthday on Wednesday. The film stars Rashmika Mandanna alongside Vijay in the latter’s 66th movie.

The movie, which was rumoured to be titled Thalapathy 66, has been eventually titled Varisu. The phrase “The Boss Returns” appears beneath the title on the poster.

The movie's first poster, which shows Vijay in a regal pose, looking dapper in a fancy suit, was shared on Twitter by the Master actor on Tuesday.

Varisu is the 66th film of the actor’s career. It is written and directed by Vamshi Paidipally and stars Telegu actress Rashmika Mandanna opposite the ‘Thalapathy’.

The film also stars Shaam, Yogi Babu, Sarathkumar, Prabhu, Prakash Raj and Jayasudha. Varisu is expected to arrive in cinemas during the Sankranti/Pongal festival next year.

The birthday boy has also revealed the second look of the film on his official Twitter handle on Wednesday. Vijay is seen with some kids with stocks of food, a green kite, some balloons and a travelling backpack in the new poster.

The film is written by Vamshi Paidipally along with Hari and Ahisor Solomon. ‘Varisu’ is produced by Raju and Shirish for Sri Venkateshwara Creations. The music of the film is composed by Thaman S.

Vijay was last seen in Nelson Dilipkumar-directed action-drama Beast opposite Pooja Hegde, which was released on April 13 this year.

Rashmika Mandanna is coming off the huge success of Allu Arjun and Fahadh Faasil starrer Pushpa: The Rise. The 26-year-old has also shared the first look of the film on her social media while wishing Vijay on his birthday.