Advertisement
Home / Entertainment / Vijay Deverakonda on boycott trend: ‘I have no reason to be scared of anything’

Vijay Deverakonda on boycott trend: ‘I have no reason to be scared of anything’ 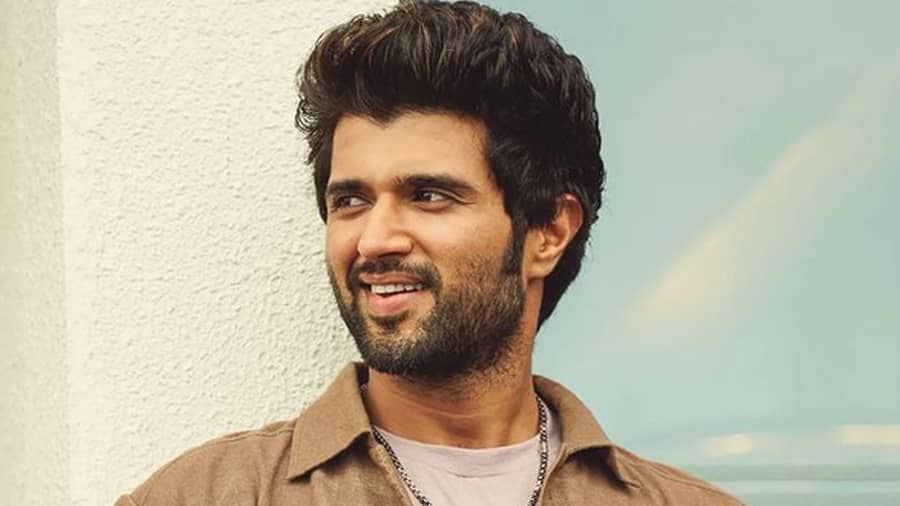 Life has taught him to fight for himself, says Liger star Vijay Deverakonda, unperturbed by off-screen controversies and the trend of boycotting Bollywood movies.

Ahead of the Puri Jagannadh directorial release on August 25, Deverakonda found himself at the centre of a controversy following his comments critical of the boycott culture on social media, which started with Aamir Khan's Laal Singh Chaddha and later took on subsequent movies such as Akshay Kumar's Raksha Bandhan and Taapsee Pannu-starrer Dobaaraa.

Deverakonda also received brickbats for putting his feet up on a table while interacting with the media at a recent event.

Asked to comment on these controversies, Deverakonda said he has no reason to be scared of anything.

“I talk less like an actor, more like Vijay Deverakonda. I have been an actor for the past five-six years only. If I say something and someone doesn't like it, then we will talk about it. So I said what I thought and I believe there is nothing to be scared of,” the Arjun Reddy actor said.

“I wasn't scared when I had nothing. Now I have so much, then why should I be scared? I have my mother's blessing, people's love, God and fire inside me, so whatever happens, I will see to it,” he added.

The actor, who started his career in 2011 with Telugu feature Nuvvila, said nothing was handed to him on a platter.

“When I was struggling, I worked with a director, his name is Nag Ashwin. He said that if you do your 'dharma', the rest will be taken care of by the universe. So I know I'm correct,” he added.

With every film, there are moments of both highs and lows, he said.

“There are attacks when your film is about to be released. This is all drama that happens in between the release of a film. If I react today with anger, then I will disrespect the love that people have given me… If I comment on a small incident, then I will disrespect this love. So I want to remember the people who are my audience and it is because of them that we go to different cities,” Deverakonda said.

In Liger, the 33-year-old star plays the role of an underdog fighter from Mumbai, who competes in an MMA championship.

The actor, who owns a theatre called Asian Vijay Devarakonda Cinemas (AVD) in Mahbubnagar, Telangana, said he knows the difficulties faced by exhibitors when a film doesn't work.

“It makes me happy when a film works. It means a lot to the actors and the whole team. There is so much on the line when we make films... I also run a theatre, so I know about the cycle of the film industry. There is so much stress and money that rides on a film,” the Dear Comrade star said.

“So when it works, it makes me really happy because I know how much the failure of a film can affect so many people. Not just the main team but all those whose livelihoods are connected to the film. Somebody doesn't need to fail for us to succeed. We can all together succeed. There are a lot of Fridays and if there is a hit on every Friday, then it is mutually beneficial,” he added.

Deverakonda also said that actors need to celebrate the success of each other's films.

“When a film works, then the whole economy flourishes. That is something that I celebrate. I believe that we should start enjoying the success of each other. We are all from the same country,” the Telugu star said.

His Liger co-star Ananya Panday said her goal as an actress is to keep getting better at her craft.

“I think for me as a person, it is one step at a time. I was grateful that a lot of people enjoyed my performance in Gehraiyaan. As an actor and as a person, I want to keep getting better and keep growing. I want to win over the love of the audience. That is my attempt. I'm trying to work on myself as much as possible,” she said.

Liger is scheduled to be released theatrically on Thursday in Hindi, Telugu, Tamil, Kannada and Malayalam. It is produced by Jagannadh, Charmme Kaur, Johar and Apoorva Mehta.