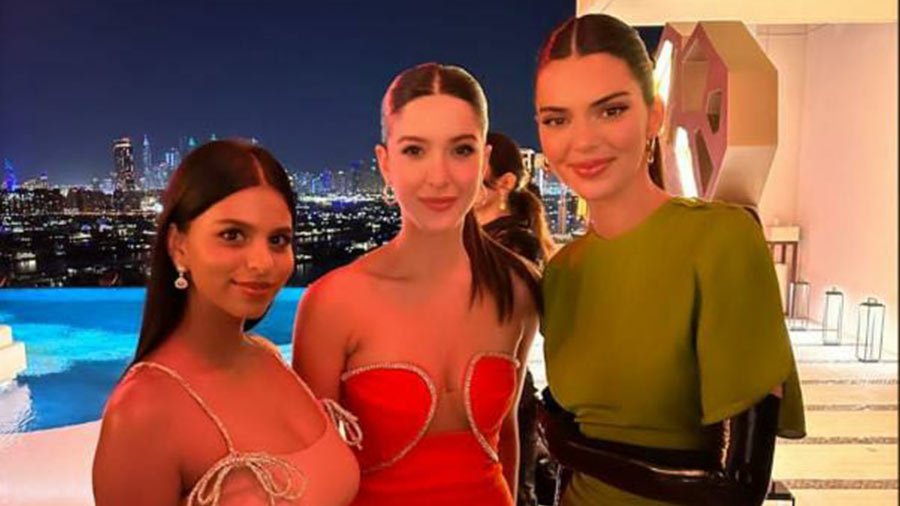 Kendall was among the many Hollywood celebrities who attended the launch event of luxury hotel Atlantis The Royal over the weekend in Dubai. Kendall also hosted an afterparty to launch her tequila brand, 818, for the first time in the Middle East during her stay in Dubai.

Shanaya took to Instagram to share a picture of her and Suhana with Kendall at the after party. The American model wore a chic Victoria Beckham outfit —a silk green dress styled with leather gloves and boots. Suhana Khan, who will be making her debut in Zoya Akhtar’s Netflix film The Archies, was spotted in a Sol Angelann baby pink dress. Suhana, on the other hand, opted for a blood orange Self-Portrait dress paired with a shimmery Louis Vuitton purse for the event.

Singer-songwriter Beyonce also performed at the launch of Atlantis The Royal.