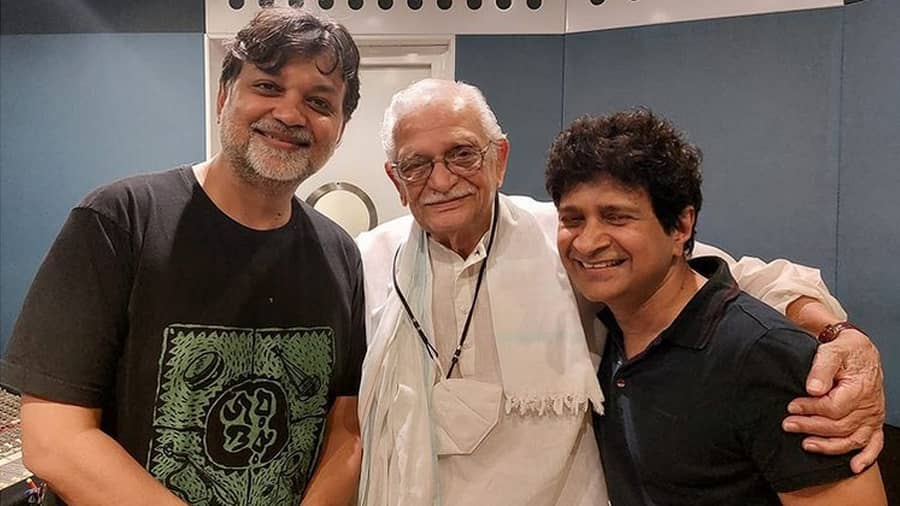 Released on YouTube, the video is trending at 7 with close to 3 lakh views in less than 24 hours. The melodious number penned by veteran lyricist Gulzar and composed by Shantanu Moitra, is one of the last recorded songs by the prolific singer. KK passed away on May 31 in Kolkata at the age of 53.

Tweeting the song, National Award-winning director Srijit Mukherji wrote, “For you, KK” as netizens showed outpouring support in the comments.

The director posted the release statement of the song on his social media handles on Monday. He wrote, “Had already shared a video of Gulzar Saab and KK from this recording. Never imagined in my wildest dreams the first song of Sherdil will be released in his absence. Travel well, my friend.”

Srijit, with a behind-the-scenes glimpse of KK from the recording, shared a heartfelt message. He wrote, “In a state of total shock. Just met him last month for the first time and it seemed that we had known each other for years. The chatter wouldn't just stop. And I was so moved to see the love he had for Gulzar saab. He said he stepped into the film world with Chhor aaye hum and sang it to him as a tribute.

Farewell, my newest friend. I wish we could have had more sessions on music and food and cinema.”