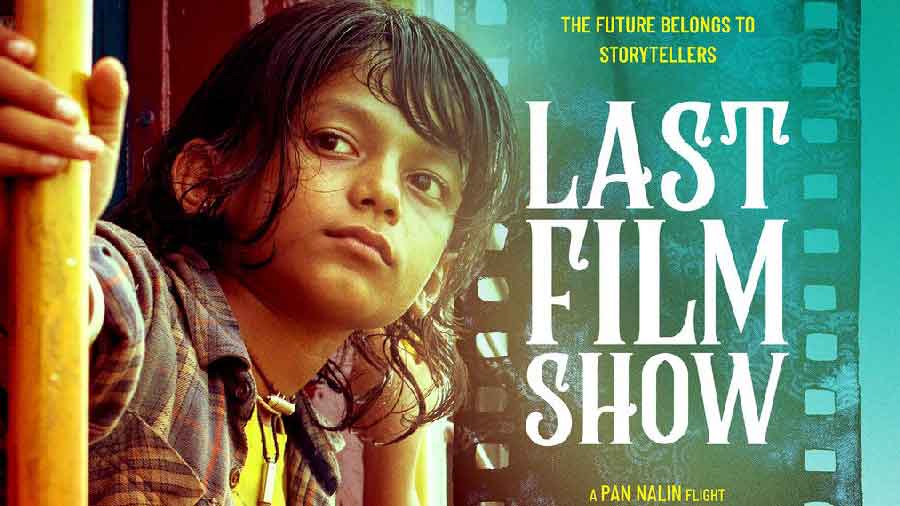 The Gujarati-language coming-of-age drama had its world premiere as the opening film at Tribeca Film Festival in June last year.

Titled Chhello Show in Gujarati, the movie won multiple awards during its festival run, including the Golden Spike at the 66th Valladolid Film Festival in Spain, where it also enjoyed commercial success during its theatrical run.

Roy Kapur said he is excited to collaborate with Nalin, best known for movies such as Samsara, Valley of Flowers and Angry Indian Goddesses, and Dheer Momaya of Jugaad Motion Pictures.

The producer said it is the apt time to release Last Film Show as it is a film that celebrates the magic and wonder of theatrical experience.

"There could not be a more apt time for this film to release when cinema-going around the world has been disrupted by a pandemic and audiences need to be reminded anew of the first time they fell in love with the experience of watching a movie in a darkened cinema hall, Roy Kapur said in a statement.

"It is a matter of pride that such a powerful work of art has come out of India, and we are sure that audiences in India will fall in love with it, just as they have all around the world, he added.

Inspired by Nalin's own memories of falling in love with movies as a child in rural Gujarat, Last Film Show is set at the cusp of the digital revolution.

Set in a remote rural village of Saurashtra, the film follows the story of a nine-year-old boy who begins a lifelong love affair with cinema when he bribes his way into a rundown movie palace and spends a summer watching movies from the projection booth.

Nalin said he is thrilled about his partnership with Roy Kapur.

"Sid has proved his passion and penchant for producing elevated entertainment, and with his help, we are looking forward to entertaining Indian spectators with our labour of love," the director said.

With the support from Roy Kapur Films', Nalin said the team aims to give it a good release across the country, including his home state Gujarat.

"I am also excited that the India release will coincide with its theatrical release in the USA, Italy, and Japan, he added.

Momaya of Jugaad Motion Pictures said he is confident that the movie will be received well across cultures, languages and age groups.

"The unanimous and mouth-watering demand for Kathiawari delicacies after the screenings is always funny, so much so that our Italian and Japanese distributors have requested a recipe book which they would make available for their audiences, Momaya added.

Samuel Goldwyn Films and Orange Studio serve as international distributors for the US and European markets, respectively.