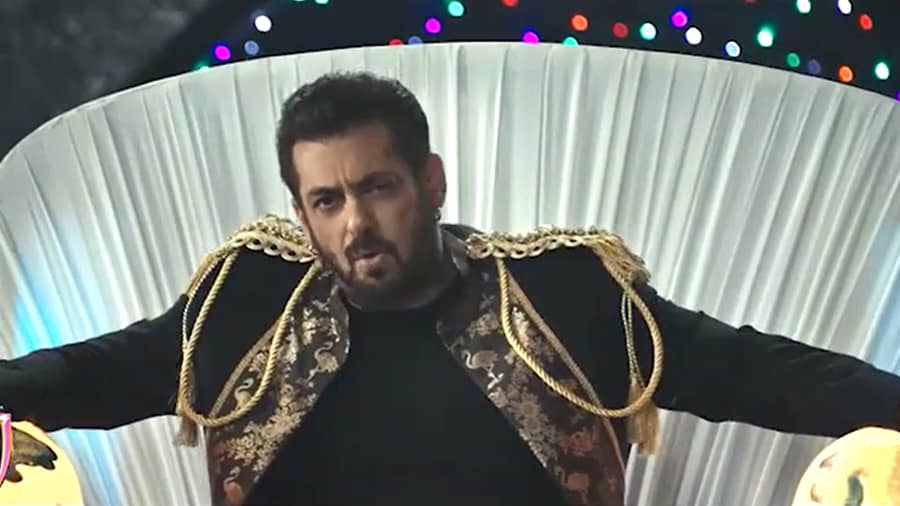 After the super successful Bigg Boss Season 13, the celebrity reality show could not recreate the same level of hysteria. The last two editions struggled with constant low TRPs and the lacklustre format. No wonder “Salma aunty (Salman Khan’s mother) and Hiroo aunty (Karan Johar’s mother)” aren’t finding it interesting enough to binge watch, as revealed by none other than Bigg Boss host Salman Khan, at the official launch of Bigg Boss Season 16 held in Mumbai yesterday.

Bigg Boss Season 7 winner Gauahar Khan hosted the launch event. “Expect the unexpected. Iss season mein soul hai tabhi isse solwa season kehte hai,” quipped Salman, who has been hosting the Colors reality show for the past 12 years. As per the host’s words, the new season, starting on October 1 — Monday to Friday at 10pm — will be “difficult, fast and unpredictable”. Here are the highlights.

There will be a change in the format in the new season as Bigg Boss — whose voice we and the contestants hear and who supervises what happens inside the house — is likely to participate in the game himself.

Salman dropped a few hints that the game would be a sort of a race and nothing will come in handy, even if someone comes fully prepared having watched all the previous seasons. The Weekend Ka Vaar — Salman’s weekly special episodes that include interaction with the contestants followed by an elimination — will be aired on Friday and Saturday at 9.30pm.

The first contestant of BB16 revealed

Salman waved off the talk about his Rs 1,000 crore show fee. He said he could never receive such a huge amount and if he got it, he might not have to work anymore. “I have a lot of expenses, like lawyers,” smiled Salman, adding that owing to this kind of speculated figures, income tax people come to him and then get to see the reality.

Salman is ‘irritated’ with the show

Salman agreed that he often gets “irritated” on the show and so, he had expressed his wish to discontinue hosting the show. But the Bigg Boss makers wouldn’t let him go.

Salman Khan and Gauahar Khan at the launch of Bigg Boss 16.
Instagram

Salman also spilled that his mother Salma Khan and Karan Johar’s mother Hiroo Johar were ardent followers of the show earlier but both discontinued watching as it got “too much” (fights and violence) in the last couple of seasons. To this, Shital Iyer, senior vice-president, non-fiction, head, Colors, assured him that “this season, Salma aunty and Hiroo aunty will watch the show”.