Here’s what has kept the Tollywood celebs busy this week 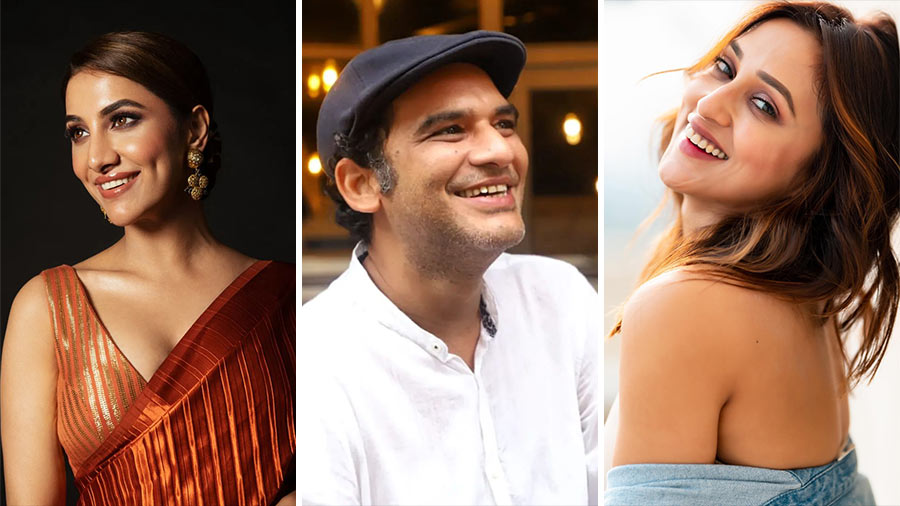 Prosenjit’s friends and family, including his father Biswajit Chatterjee, his sister Pallavi Chatterjee, and filmmakers Haranath Chakraborty and Anurag Kashyap wished him on his 60th birthday on September 30.

Sonada, Jhinuk and Abir have embarked on yet another adventure in Karnasubarnar Guptodhon, which hit the theatres on September 30. Actor Abir Chatterjee, who plays Sonada in the movie, has uploaded this clip with co-stars Ishaa Saha and Arjun Chakrabarty.

Rukmini Maitra turned eyes at the Kacher Manush premier in a silver-and-yellow sari on September 30.

Mir and Team Bandage are on a mission and it is in Jhargram. Check out their group photo at a sip stop.

Are you ready to show some moves on Mimi Chakraborty’s Amader Pujor Gaan?

Somlata Acharyya Chowdhury has shared a glimpse of visiting the Hollywood walk of fame and guess who’s featuring in that!

Singer-composer Saptak Sanai Das has shared a photo with Shreya Ghoshal, penning a heartfelt note. The duo have worked together in Srijit Mukherji’s Bengali film X=Prem.

Sudipa Chatterjee has posed pretty with husband and director Agnidev Chatterjee from their “barir pujo”.

Kaushik Ganguly: Gearing up for the next project

Watch the official trailer of Kaushik Ganguly and Aparajita Adhya’s next film Kothamrito, directed by Jiit Chakraborty and releasing on November 18.