The actor takes to social media to make the announcement, the flick also marks his wife Genelia D'Souza's foray into Marathi cinema 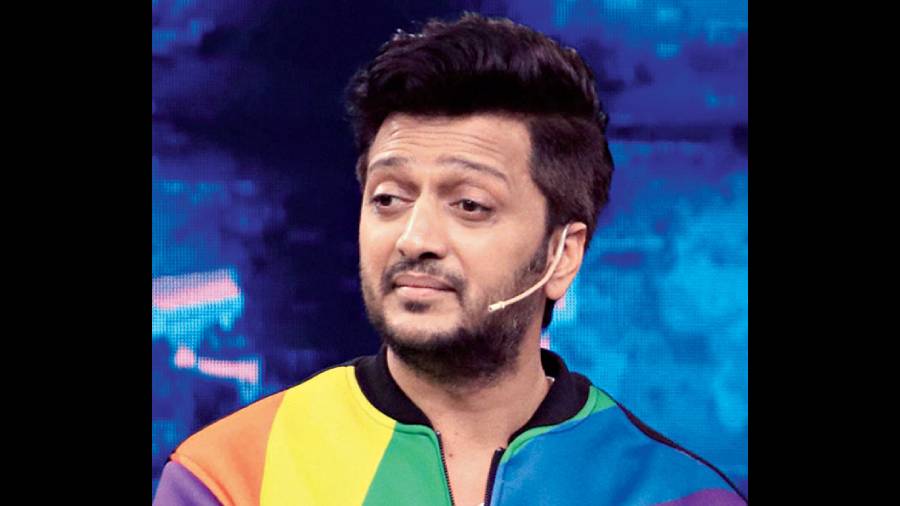 Actor-producer Riteish Deshmukh on Wednesday announced that he will be making his debut as a director with a Marathi movie, titled "Ved".

The actor took to social media to announce his directorial debut, which will also mark his wife Genelia D'Souza's foray into Marathi cinema.

Besides her, the film also stars actor Jiya Shankar.

"After being in front of the camera for 20 years, I take a big leap to stand behind it for the first time. As I direct my first marathi film, i humbly ask you all for your good wishes and blessings. Be a part of this journey, be a part of this madness," Deshmukh wrote, alongside the poster of the movie.

D'Souza, who returns to acting after a decade, shared a series of post on Instagram, expressing her excitement for the film.

She said after acting in Hindi and South language movies, she wanted to feature in a Marathi films.

"Have been blessed to be part of movies in so many languages and receive love and respect from all. Being born in Maharashtra, my heart yearned to do a film in Marathi for years and was hoping there would be a script where I could just say this is it.. And then this happened," she said, sharing a behind-the-scene clip from the sets of "Ved".

"Coming back to acting after 10 long years and being part of a dream where my husband Riteish Deshmukh directs for the first time and I get to share space with a beautiful co-actor Jiya Shankar who gets introduced under our production house MFC," the actor who has acted with Deshmukh in "Tujhe Meri Kasam", "Masti" and "Tere Naal Love Ho Gaya", said.

Noted musician duo Ajay-Atul will score the music for the film, which has a release date of August 12, 2022.

Deshmukh is also set to make his digital debut with a quirky coming-of-age Netflix film "Plan A Plan B", co-starring Tamannaah Bhatia.