Rajkumar Santoshi: ‘Gandhi Godse Ek Yudh got made because of A.R. Rahman’

The movie will arrive in cinemas on January 26 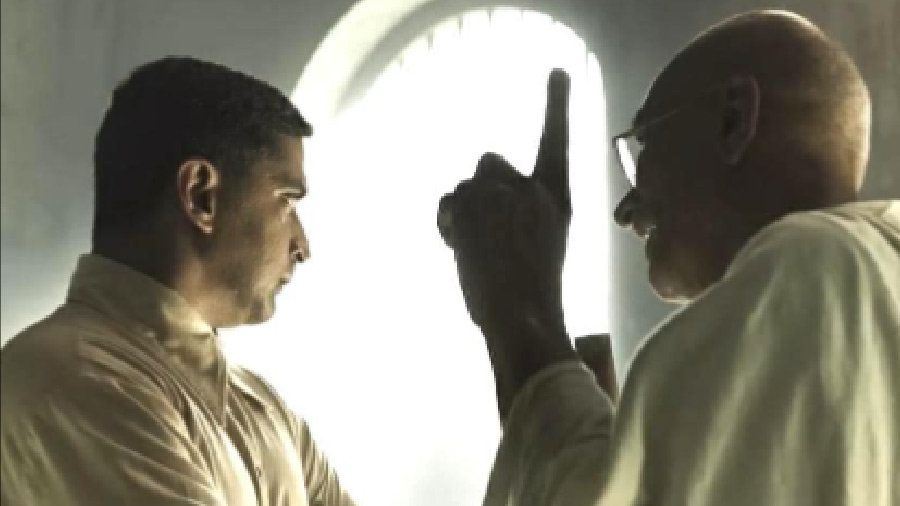 “When I told Rahman about this film, he said, ‘It’s a good idea and you should make this film. I’m with you.’ Once I got Rahman on board, people started associating with us. This film got made because AR Rahman was with us. Otherwise, the film wouldn’t have been made,” the director added.

Asked about his involvement in the film, Rahman said he thought that Santoshi was courageous and didn’t compromise. “There are so many narratives about both Gandhi and Godse. And he has dealt with it intelligently. I knew that nothing was easy and that it would be a trial-by-fire movie. And in today’s times, people like him have to bring back the charm of storytelling. I believe in humanity and the people of India. So, this is a very important film.”

Gandhi Godse Ek Yudh, which will hit the theatres on January 26, is about an imagined conversation between Mahatma Gandhi and Nathuram Godse. This is Santoshi’s return to the directorial chair after a decade after 2013’s Phata Poster Nikla Hero.