Tollywood celebrities shared their Sunday and Monday glimpses on Instagram 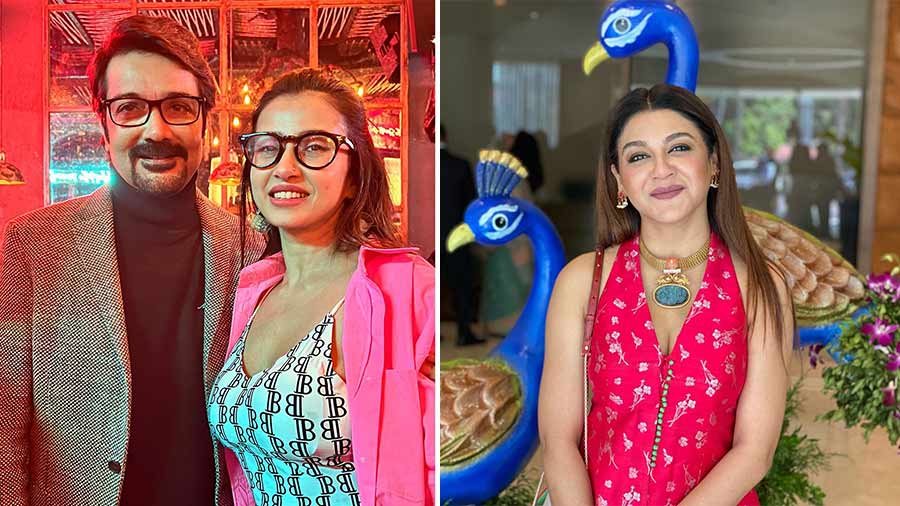 Prosenjit and Monami Ghosh break into a dance on Prosenjit Weds Rituparna’s title track. The film is out in the theatres now.

Rukmini Maitra stuns in an embellished sari from the sets of Dance Dance Junior Season 3.

Jaya Ahsan is at the International Film Festival of India (IFFI), Goa, for the second screening of her film A Tale of Two Sisters, which has also been nominated for the UNESCO Gandhi Medal. The film has been directed by Akram Khan.

Neel Bhattacharya and Trina Saha have their thumkas on point and netizens can’t keep calm.