Pippa, Theerppu and The Legend of Maula Jatt: New trailers to watch

Here’s what kept the world of cinema buzzing today 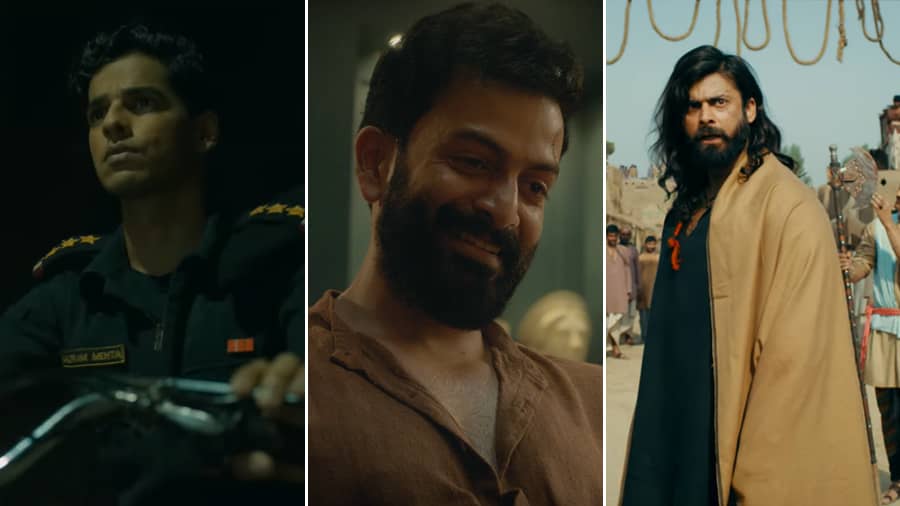 On the eve of the 75th Independence Day, Ronnie Screwvala’s RSVP Movies dropped the teaser of Pippa, based on the Indo-Pakistan war of 1971. Headlined by Ishaan Khatter and Mrunal Thakur, the military drama promises an epic tale of a difficult episode of Indian history.

The short teaser is packed with heavy emotions and some intense war sequences. The first glimpse of the war drama features the “Joy Bangla”slogan —the popular war cry of the liberation war. Mrunal, Soni and Priyanshu will be seen as Ishaan’s sibling, mother and a fellow soldier, respectively.

Inspired by true events and the war memoir The Burning Chaffees by Brigadier Balram Singh Mehta, Pippa will arrive in theatres on December 2.

The two-minute-42-second-long trailer is a peek into a scene where all the main characters are engaged in a crucial conversation in a room, with Prithviraj holding a gun. The video drops clues that the troubled past of Prithviraj’s character could be linked with the other characters present in the room.

Directed by Rathish Ambat – he had made Kammara Sambhavam in 2018 – Theerppu is written and produced by Murali Gopy, who is also serving as the music composer and lyricist for the film.

Theerppu will be released in theatres worldwide on August 25.

The Legend of Maula Jatt

The two-minute-42-second trailer focuses on the story of Maula Jatt (Fawad), a fierce prizefighter with a tortured past who seeks vengeance against his arch nemesis Noori Natt (played by Hamza Ali Abbasi), the most feared warrior in the land of Punjab. Mahira plays Fawad’s love interest, Mukhoo Jatti.

The film is directed and written by Bilal Lashari, and produced by Ammara Hikmat and Dr Asad Jamil Khan’s Encyclomedia.

The Legend of Maula Jatt will hit theatres worldwide on October 13.