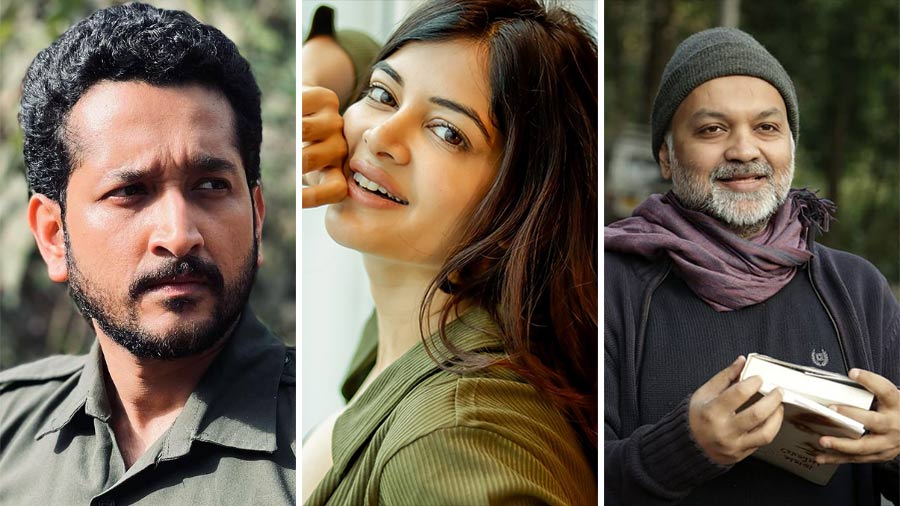 Boudi Canteen director Parambrata Chattopadhyay shared a happy moment with Subhashree Ganguly, Srijato and Joy Sarkar from the promotions of the film.

What happened when Dev’s next film Kacher Manush’s director Pathikrit Basu thought “it was so easy to shoot at College Street”? Find out.

Actress Gargee RoyChowdhury shared glimpses from the first World Film Festival where she was felicitated. Clad in a gorgeous green and orange saree, the actress kept her hair in a sleek bun and opted for nude make-up and statement earrings to complete her look.

Join the groove with Joy Sarkar who asks “How many of you can do this ‘Tiring Biring’ movement with me?”

Shantanu Moitra’s next song from his web series Songs of the River has Kaushiki Chakraborty lending her voice. The foot-tapping number is named Bhagirathi. The song has been written by Swanand Kirkire and has Ambi Subramaniam on violin.

Wish ‘Lokkhi Chele’ and the birthday boy a happy 24th!

“Going to my dream destination after 11 and half years” wrote Ankush Hazra, posting a photo taken by Oindrila Sen. Can you guess the place? The actor also dropped a hint in the caption.