Netflix’s Tudum: Check out the new films and shows from India

From stylish espionage thrillers to gang wars, these movies and shows will soon be released on Netflix 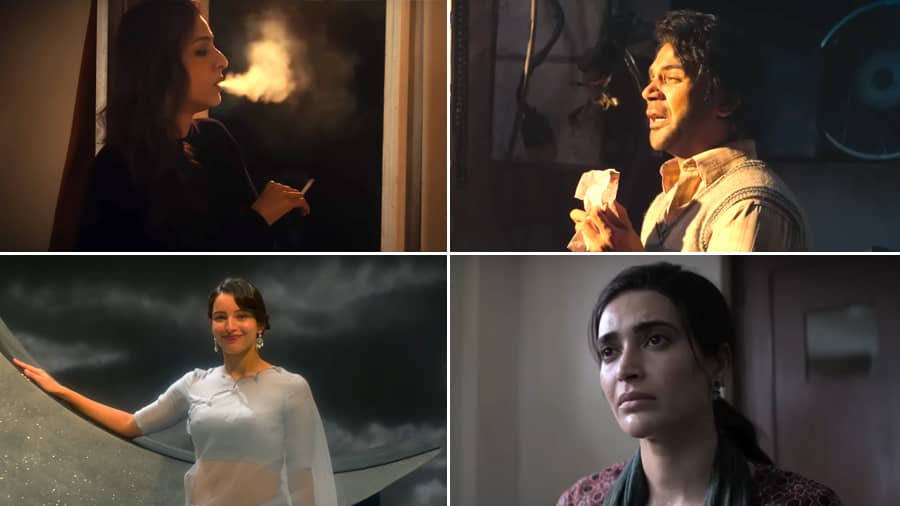 Netflix hosted its second-ever Tudum: A Netflix Global Fan Event on Saturday. The India leg of the event showcased a glimpse of several upcoming Indian web series and movies on the streaming platform.

The sneak peek of the upcoming Indian films and shows on Netflix was kickstarted by a retro-style musical number from Vasan Bala’s upcoming neo-noir film Monica, O My Darling. The film stars Huma Qureshi and Rajkummar Rao, Radhika Apte and Sikandar Kher. In the music video Ek Zindagi, we see Huma and Rajkummar dancing to a 80s-style disco-infused Bollywood song.

The espionage thriller by Vishal Bhardwaj came up with a new teaser at Tudum India. Starring Tabu, Ali Fazal and Wamiqa Gabbi, the film promises to set the bar for slick spy films in India. In the latest teaser, we are guided by Tabu’s voiceover as several details regarding the twisted plot and characters are revealed.

The official teaser of filmmaking duo Raj and DK’s highly-anticipated upcoming series Guns & Gulaabs, starring Rajkummar Rao, Dulquer Salman, Gulshan Devaiah and Adarsh Gourav, was out at the event. It seems Rajkummar and Adarsh are playing thugs, while Dulquer plays a cop in this show.

The light-hearted teaser of Yashowardhan Mishra’s directorial debut Kathal also came out at the event. The film chronicles a police investigation following the theft of a local politician’s prized jackfruits. This bizarre premise is based on a true incident. Starring Sanya Malhotra, Rajpal Yadav and Vijay Raaz, the film is set to take the police procedural comedy to a new level.

The teaser of Yami Gautam, Sunny Kaushal and Sharad Kelkar-starrer Chor Nikal Ke Bhaga presents us with an adrenaline-filled ride. It is billed as a heist thriller at 40,000 feet in the air. But the heist goes wrong and turns into a survival drama. Will the thieves manage to get their hands on their prized stones or will they become the victims?

Randeep Hooda plays a civilian police informant in the teaser of his upcoming Punjabi-language crime-thriller Cat. Randeep’s Gurnam is forced to become an informant again to save the life of his brother. His new job also forces him to come to terms with his criminal past. The series is directed by Balwinder Singh Janjua, Rupinder Chahal and Jimmy Singh.

Acclaimed filmmaker Hansal Mehta’s upcoming true-crime series Scoop also gets its teaser out at Tudum India. Based on Jigna Vora’s acclaimed book Behind The Bars In Byculla: My Days in Prison, the series stars Karishma Tanna, Mohammad Zeeshan Ayyub, Harman Baweja, Tannishtha Chatterjee and Prosenjit Chatterjee in key roles. Scoop traces the journey of crime-reporter Jagruti Pathak, who is accused of the murder of a fellow journalist.

The teaser of Rana Naidu presents the real-life uncle-nephew duo Rana and Venkatesh Daggubati as father and son. Set in Mumbai, the series chronicles the life of a fixer who covers the tracks of the city’s most powerful people. However, the drama unfolds when his father is unexpectedly released from prison, setting off a chain of events that could change everything. Directed by Karan Anshuman and Suparn S. Varma, this series also features Surveen Chawla, Sushant Singh, Abhishek Banerjee and Suchitra Pillai.

Tudum India took us to an elite school by presenting the teaser of the upcoming thriller series Class. Directed by acclaimed filmmaker Ashim Ahluwalia, the series features Gurfateh Pirzada, Anjali Sivaraman, Ayesha Kanga and Cyaawal Singh. The short teaser presents us with the murky world of Delhi’s most elite school Hampton International.

Nayanthara: Beyond The Fairytale

The teaser of Nayanthara: Beyond The Fairytale follows the love story of Tamil actress Nayanthara and filmmaker Vignesh Shivan. The couple recently got married through a fairytale-like wedding ceremony. This Netflix special, directed by Gautam Vasudevan, promises to give the viewer access to the lives of the couple.