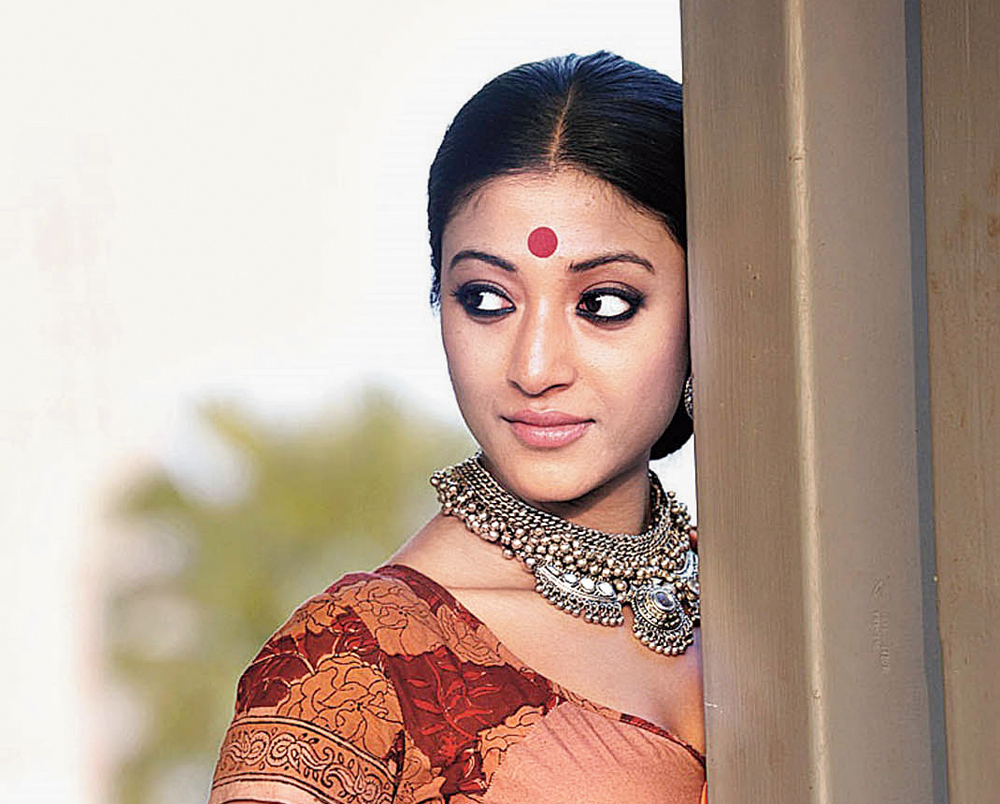 Mira Nair talks about casting the Chatterjis in Vikram Seth’s novel, A Suitable Boy, a massive $20 million, six-part adaptation she is directing for BBC TV.

There is “Old Mr Chatterji”, whose son, Mr Justice Chatterji, and his wife Mrs Chatterji, have four children — Amit, Meenakshi, Kakoli and Tapan. They are an entertaining lot who like expressing themselves in rhyme.

For example, Amit, based a little on the author himself, is given to uttering things like: “Setting off without a brolly, /Meenee-haha goes to Tolly.”

And from Meenakshi (to husband Arun Mehra): “Arun, darling, why such fury?/ Have a chocolate made by Flury.”

Mira is cautious about identifying the cast members until all the contracts have been signed but she described those playing the Chatterjis “as pretty lovely, reputed Bengali actors — and I am personally also in love with Paoli Dam”.

So is Paoli in?

“Well, I love Paoli,” she responds. “I am hoping I have a place for her and I have been chasing her. Not chasing her but tracking her. We have been talking together. I can’t say that she is cast yet. My loves are real — and informed.”

Mira has an excellent track record as a director with films such as Mississippi Masala, Kama Sutra: A Tale of Love, The Namesake, Salaam Bombay!, and her most successful movie, Monsoon Wedding.

She adds: “I know Calcutta from The Namesake and from just loving it. I have knocked on several doors. And we are still knocking.”

It is known Naseeruddin Shah, who starred in Monsoon Wedding, is likely to be included, along with Tabu, who was in The Namesake, an adaptation of Jhumpa Lahiri’s book.

In all, Mira has taken on 109 actors, all from India with the exception of one Indian origin actor from the UK. “There was actually no need to go beyond the incredible fertility of India with actors,” she says.

A Suitable Boy, which was published in 1993, is one of the longest in the English language, with 1,349 pages and 591,552 words. With over a hundred characters, many of whom are related to each other, the novel is set in early 1950s India, with the country approaching its first general election in 1951-52.

Other than the Chatterjis, there are three other families involved in the saga: the Mehras, Kapoors and Khans.

But at its heart there is a simple and universal story: Mrs Rupa Mehra is trying to find a suitable match for her nineteen-year-old daughter, Lata, who is discovering she has a mind of her own.

It is all summed up in the opening line: “‘You too will marry a boy I choose,’ said Mrs Rupa Mehra firmly to her younger daughter.”

Mira seems to have settled on who will play Lata.

“We are just about to finalise her. And until I do that I won’t mention her. But she is just beautiful, she just imbues the spirit of a girl on the edge of finding out who she is.”

It is a project that has been a quarter of a century in the making but Mira, who will be based in Delhi for the next six months, is finally about to start shooting A Suitable Boy on location in India. The BBC has decided that modern Britain is ready for a drama with no white characters.

Where will she shoot?

“A lot in Lucknow, in and around Lucknow and Kanpur and in Maheshwar in Madhya Pradesh. We are building no sets. It is entirely on location in different homes and places. I want it to feel extremely real and not like visiting a little TV series. That’s the joy of it — that (1950s) India can still exist although it has been difficult because it has changed so terribly.”

Mira admits she had wanted to make A Suitable Boy from the moment it was published. “I have loved the book like a piece of my heart, really from the very moment it was written and I read it. But I also knew Vikram while he was writing it so I definitely saw it cooking. But I was so beautifully unprepared for the depth and the expanse of it and the feeling when I finished that I had lost the company of my best friend in that book. So I read it again — I was really in love with that book because it spoke of our lives and also of the lives our parents had lived.

“I didn’t get the rights. So we wrote a microcosmic response to A Suitable Boy in making Monsoon Wedding.

“I feel very much that I have returned to the maa-baap seriously in making A Suitable Boy. And I am just so happy it’s finally going to be shot because it has been a long effort to get here.”

She explains why she considers the project to be “really quite radical even in the western sense and the world of television because it’s ‘crown and brown’ — it is how I sell it. And it really is that. It has that magnificence and sweep except it is about us.”

She appears delighted with the screenplay written by an Englishman, Andrew Davies, whose credits include everything from Bridget Jones’s Diary to War & Peace and Les Misérables.

“I think it is very skilful — Vikram and I had also a lot to do with it as well. So it is not just something that’s handed down; it’s something that has come together collaboratively. But Andrew is the master of the craft which is so necessary in distilling such a novel into six hours. I am totally excited by the distillation.”

Seth is involved. “Definitely. I just spent a few days with him in Salisbury (where Seth has a home) and he is a friend and an absolute dear.”

Mira realises that A Suitable Boy, which will be shown next year, represents a landmark project in many ways — “I am happy to be the messenger of good news.”