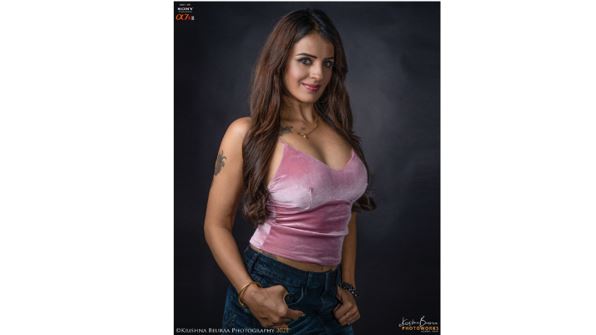 Mahi Goswami, a resident of Bhilwara, Rajasthan, started her career as a gymnast at the age of 10. she has won many awards for her skills. Mahi wanted to represent India in many international competitions like Commonwealth Games, and Asian Games.

Mahi said “My Family is my strength, they always have been supportive, I joined gymnasts in school, a girl from a small town Bhilwara isn’t allowed to do sports, and my father was very happy to see me doing gymnastics. I continued playing till the state level later I got married and I had to stop it here.

“My journey in Bollywood so far has been good, I started just before the pandemic for me it was a tough call to whether pursue acting and modeling or not. 2021, I won a beauty pageant which gave me the confidence to go ahead, I belong to a middle-class family, and my father is a government servant when he first saw my interview on tv. He had tears of joy in his eyes, I still remember when I entered my house with a crown on my head after winning the pageant. He was so happy for me, and he said I look beautiful. Coming this from a father is a big achievement.

Mahi currently is working on a movie named mushkile, she is playing the sister of the lead actor. Mahi also auditioned for reality show, Mika Ka Swayamvar. However, she is already married. Ask her about it and she replies, “My husband and I were not compatible and lacked understanding. We separated three years ago. The divorce proceedings are on, which hopefully should conclude before the show launches. Also, I am only in discussion for the show and nothing is confirmed.”

This is sponsored article.