Unveiling the look of the women in the film ‘Abhijaan’ 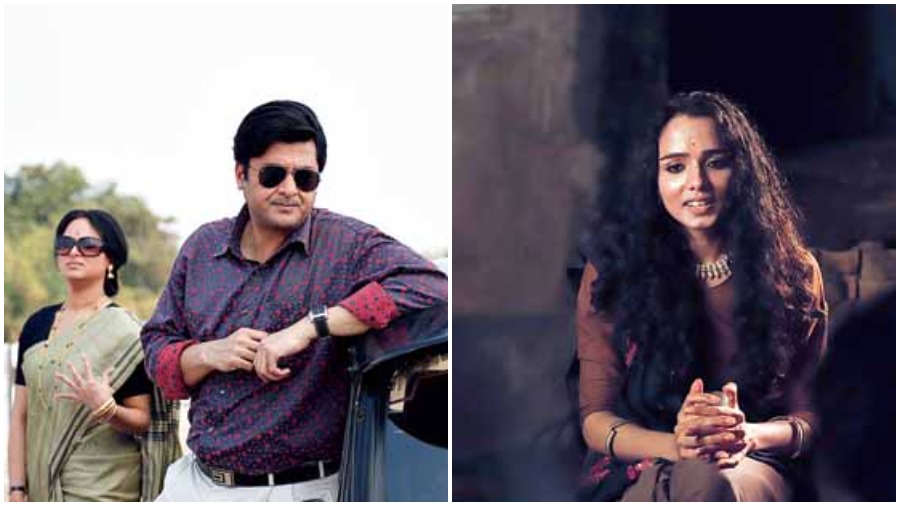 (L) Jisshu Sengupta and Basabdatta as Soumitra Chatterjee and Deepa Chatterjee, (R) Tuhina Das as Waheeda Rehman
Sourced by the correspondent
The Telegraph   |   Published 25.03.21, 12:22 AM

The trailer of the film Abhijaan, a biopic on Soumitra Chatterjee, is set to drop today. Directed by Parambrata Chattopadhyay, Abhijaan has Jisshu Sengupta playing the role of a younger Soumitra. Prosenjit makes a special appearance in the film. Abhijaan sees Paoli Dam, Tuhina Das, Tridha Choudhury and Basabdatta playing crucial roles. “It was a great honour for me to play a legend like Waheedaji and also to be a part of the biopic of one of the greatest actors of Indian cinema. I am really excited to see the film on the big screen . I have seen Satyajit Ray’s Abhijaan and was stunned by the earthy sensuousness that Waheedaji brought to the screen. It was a difficult task to recreate but thanks to the team, we managed to get as close as possible,” said Tuhina. “Through this film I tried to capture the way I had seen him (Soumitra Chatterjee). The traits of the man which intrigued me the most... his philosophy… which encapsulated his acting, theatre, his existence as an artiste, his political side and the person. For people like us who have grown up in a household which is sort of an urban middle-class, intelligent or intellectual household, we got exposed to Soumitra first, even before Uttam Kumar actually, through Feluda, through Charulata. Soumitra was, for us, for my parents’ generation, the thinking man’s hero always,” Parambrata had told t2 during the shoot of Abhijaan. He also plays a very important character in the film.