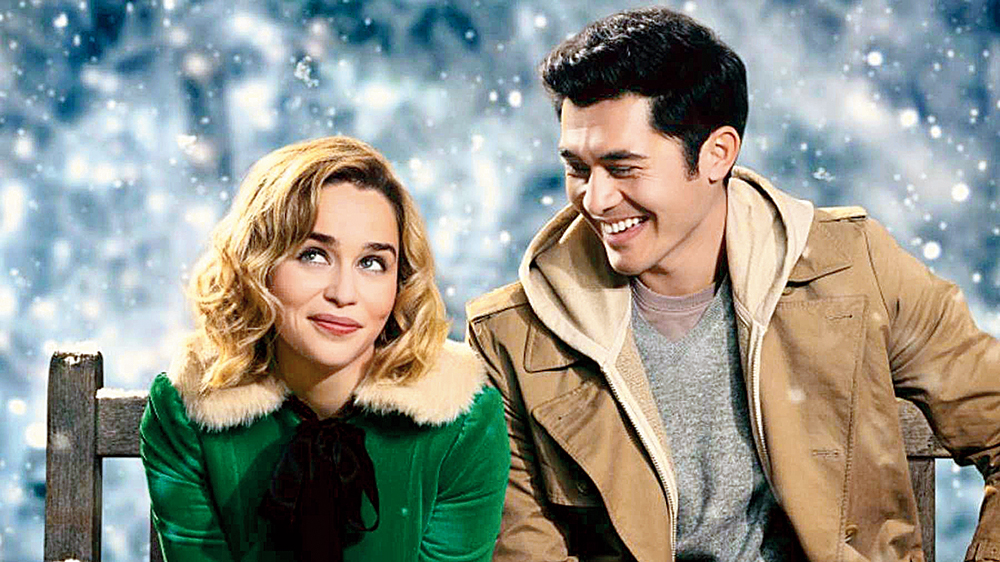 Boy Meets Girl, So What?” That’s the title of a movie that Bertolt Brecht thought up when he was exiled in Hollywood in the 1940s. It’s also an evergreen question, one that I crankily mutter whenever I watch another romantic comedy that tries to reanimate a subgenre that’s fallen on hard times, largely because the old orthodoxies about human beings and love — and what constitutes happily ever after — no longer apply. It was apparently so much easier for filmmakers when female happiness meant men, marriage and babymaking.

That helps explain Last Christmas, a romantic comedy directed by Paul Feig that presents itself as a classic love story — boy meets girl — while busily rearranging its crucial bits. It does this with a big twist embedded in a lot of cutesy chatter, truckloads of plot, many feelings and even more life lessons. The twist is clever enough, though much depends on whether you see it coming. Whether you do or not (I didn’t), it is a steep price to pay for a movie that advocates tolerance, community and other virtues yet views its audience members as barbarians in need of regular schooling.

That’s a drag because there’s some talent here, beginning with Emma Thompson, who has a showboating supporting role and shares script credit with Bryony Kimmings. Thompson is probably responsible for some of the snappier lines (that’s a reassuring fantasy, at least) and perhaps the sermonising, too. But it’s hard to know who to blame for the forced and discordant scenes, or the mood-killing casting of Emilia Clarke and Henry Golding as the romantic leads. The actors look good together — never more so than on the movie’s poster — but her character’s strenuous perkiness and his character’s damp sincerity cancel each other out.

Clarke plays Kate, a singer and aspiring musical performer living and scarcely struggling in London. She has a silly job in a Christmas shop where, dressed as an elf, she spars with the owner, a woman who calls herself Santa and is played by an agreeably astringent Michelle Yeoh. Clarke sparks off Yeoh (and Thompson) but they, alas, are not the romantic pair. Eventually Kate meets her designated one, Tom (Golding), a bland smiler who swoops in on a bicycle instead of a white horse and, despite a regular disappearing act, more or less serves a familiar princely function.

Feig is an adroit director of comedy and he gives Last Christmas some fizz now and again. But he’s stymied by the romance and the gimmick, and the pairing of Clarke and Golding proves an impossible hurdle, making even the seemingly simplest moments — an intimate walk, a heartfelt talk — feel badly laboured. After a while, particularly when Tom floats off, you start to wonder why the filmmakers even bothered with a romance, when all the best stuff, including at a homeless shelter, happens without Tom. Surely Kate, who seems to have so little going for her, except of course that she’s lovely, loved, talented and alive, could have learned all her lessons without such a dreary prop.