Kolkatar Harry gets ready to spin a magical yarn

The film follows a pool car driver Harinath Patra who works for the primary section of a convent school. 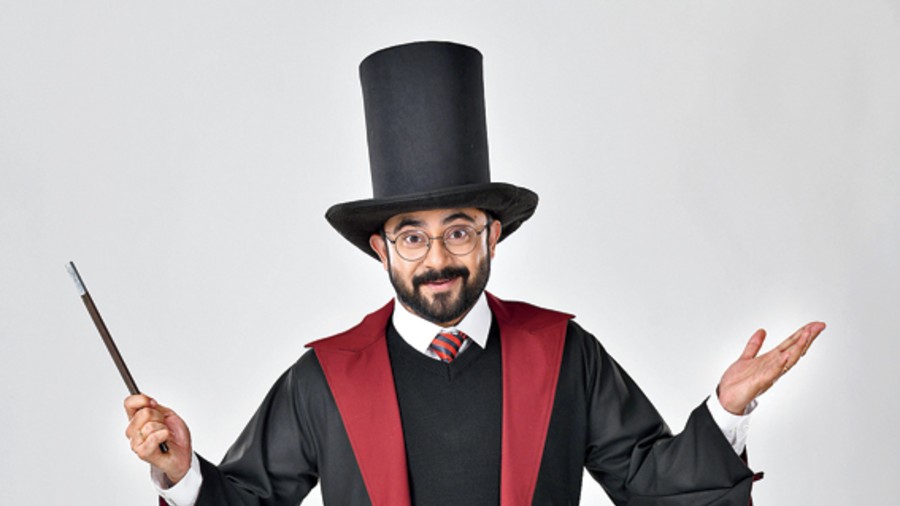 Here’s a film that believes in waving the magic wand to inspire people and spread some joy and happiness. The film Kolkatar Harry — starring Soham,  Priyanka Sarkar, Laboni Sarkar, Arindam Ganguly and Oishika Guhathakurata — is a modern fairy tale that aims to create a magical world.  The film follows a pool car driver Harinath Patra who works for the primary section of a convent school. Being a fan of fairy tales, especially the Harry Potter series, he likes to show magic on the streets of Calcutta. Harinath forms a strong bond, full of magic and stories, with Titli, a 10-year-old, who takes the pool car. Titli has an elder sister Mohor (Priyanka), who works in a corporate education institute.

“The film aims to establish a connection between different generations and celebrate the age-old tradition of listening to stories and letting our imagination soar. We want to create a sense of trust in the beauty of fairy tales,” said director Rajdeep Ghosh. Kolkatar Harry is produced by Soham and Indira Chowdhury.