Is it fair for an actor to pull out of a film he has already shot for and ask the producer to adjust his fee against the new film that’s yet to take off? 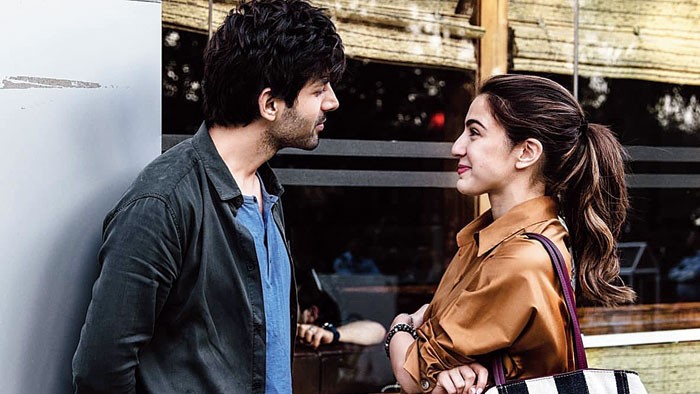 On one side is the relatively puny name of Kartik Aaryan, an actor. He confronts heavyweight Karan Johar, who needs no introduction. Kartik loses two Dharma projects — a film with Gunjan Saxena director Sharan Sharma and Dostana 2, the follow-up to the Priyanka-Abhishek-John entertainer.

The stare-down happened when Kartik began to show stark disinterest in Dostana 2, after shooting for the film with Janhvi Kapoor and Karan’s new discovery Laksh Lalvani. The story goes that Kartik didn’t like where director Collin D’Cunha was going with the script, he didn’t think it wise to stay on in a film where the spotlight was on Laksh, and, the whisper added, there were problems with Janhvi — they had started dating and they had an ugly spat. Enough reasons for Kartik to side-step the allotment of further dates to a shoot that made him squirm.

Most wise minds believe that if an actor is unhappy on a set, it’s better to let him go.

On the other hand, however big he may be, these are tough times even for Karan. The stalled release of Sooryavanshi, the much-delayed trilogy Brahmastra, the stillborn Takht into which upwards of Rs 25 crore have been put, and a couple of other films that are in mid-production have burnt a hole in his pocket. In such a situation, or in any situation for that matter, is it fair for an actor to pull out of a film he has already shot for and ask the producer to adjust his fee against the new film that’s yet to take off? Can you blame Karan, who’ll have to re-shoot Kartik’s scenes, for shutting the Dharma door on the actor?

As it is Dostana 2 has been slippery. For years, Tarun Mansukhani, who helmed the earlier Dostana, sweated and swore but couldn’t come up with a credible second edition. When he did, Katrina Kaif came on board. But just hours before the shoot, he confessed that he was still unconvinced about the script and Karan sportingly dismantled a set that was ready. Tarun continued working at Dharma and made Drive with Sushant Singh Rajput, which ended up on Netflix. Tarun no longer works for Dharma, by the way.

At this moment, to again write off losses and re-shoot Kartik’s sequences isn’t exactly what Karan’s balance sheet would welcome. But in this K vs K clash, will there be a victor and a loser?

Kartik is no longer part of Red Chillies’ Freddy. Another truth is that the son of doctor parents with no filmland connections is a self-made hero. Irrespective of stumbles like Subhash Ghai’s Kaanchi (2014) and Guest iin London (2017), Kartik’s 10-year career has seen a steady upward climb. He has the two successful editions of Pyaar Ka Punchnama (2011, 2015) to his credit, films that spotlighted his ease with dialogue delivery, a rare accomplishment for an untrained newcomer. Also, apart from Bhool Bhulaiya 2, a film with Akshay Kumar in the original, Kartik has substantial work with impressive names like Ram Madhvani (who made Neerja and the much-applauded Web series Aarya with Sushmita Sen), Hansal Mehta (of Scam 1992: The Harshad Mehta Story fame) and Om Raut (director of Tanhaji).

But the 2020 version of Love Aaj Kal, where he stepped into Saif Ali Khan’s shoes and co-starred with his daughter Sara Ali Khan, bombed so badly that it underscored another reality. Whatever his successes and however appealing his comic timing and dances, Kartik is still not a blockbuster hero.

Meanwhile, Karan’s place at the top is assured. But he is neither all-powerful nor the vengeful sort to wreck Kartik’s career. And, undeniably, it is self-reliance that’s brought Kartik this far. It’s now only his professionalism, which is under the scanner, that can make him triumph. Over to you, young man.