Sarfarosh merits a rewind because it shuns easy jingoism, even for box office gold 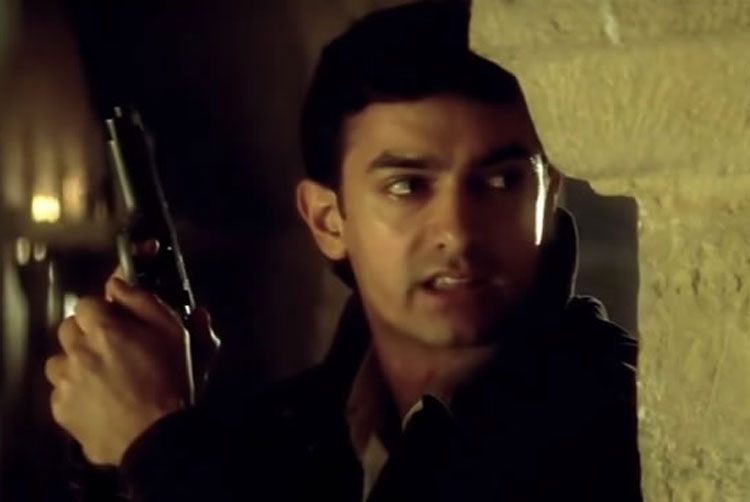 Twenty years ago, John Matthew Mathan made a taut thriller on cross-border terrorism called Sarfarosh. Deftly steering clear of hypernationalism, the Aamir Khan-Naseeruddin Shah starrer released in April 1999, a month before the Kargil conflict, to critical and commercial success. In 2019, it’s difficult to imagine a Sarfarosh 2.

A commercial film with spies and arms dealers on both sides of the border, an upright ACP on a mission to bust a terror outfit, a Muslim cop who is his best man and a ghazal singer who’s a celebrity on both sides of the border but hides a secret and is used as a pawn, Sarfarosh had both nuance and originality. From the ISI (Pakistan’s Inter-Services Intelligence) to Mumbai’s underworld, from dusty nondescript villages and jungles to elite cultural soirees in metros, from the pain of the Indian Muslim who migrated to Pakistan after Partition to the plight of the Indian Muslim who needs to prove his patriotism, the film pulled no punches. Well, almost.

The scene between Aamir’s ACP Rathod and Mukesh Rishi’s upright inspector Salim, where the latter erupts at his integrity towards mulk under question for being a Mussalman, is a standout moment in Hindi cinema. Without beating around the bush, it exposes the insidious nature of mistrust. And remarkably for a commercial film, Salim’s anguish is layered. Few would recognise this Rishi as Bulla of Gunda, the baap of the so-bad-that-it’s-good genre of films.

Aamir and Naseer, in author-backed roles, are competent, though Naseer has a scene that’ll get your goat. Sonali Bendre, as Aamir’s arm candy, is suitably easy on the eye. Likewise, Jatin-Lalit’s score is easy on the ear, with Jagjit Singh’s Hoshwalon ko khabar kya evoking the warm blush of undeclared love. But if Sarfarosh merits a rewind, it’s because it shuns easy jingoism, even for box office gold.